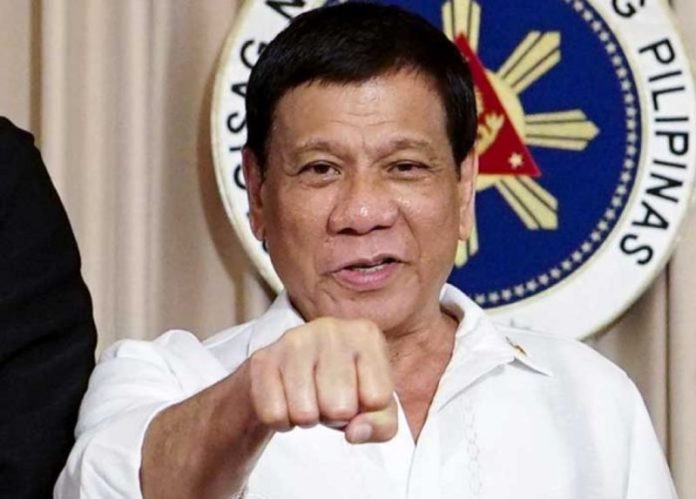 Hardly anyone will quarrel with that.

However, there is one thing where Digong has not done “great” after four long years – his promise to rid the country of foreign troops and military bases.

I declared my support for Digong as early as December 2015 after he made that promise for the simple reason that, in my view, the presence of foreign troops and military bases on our soil has retarded to a great extent the nation’s progress.

We never achieved true independence after 1946.  Our past leaders simply were kept on being chosen and dictated upon by the US and its lackeys here, both in the pursuit of national and international interests and policies.  In short, we remained a virtual colony of the US.  We continued to depend so much on it that we never really strove to stand on our own two feet.  Neither did we lose our colonial and mendicant mentality.

Here is what Digong said in October 2016, three months after he assumed office, during a visit to Japan:

“I have declared that I will pursue an independent foreign policy.  I want, maybe in the next two years, my country free of the presence of foreign military troops. I want them out…  We will survive, without the assistance of America, maybe a lesser quality of life, but as I said, we will survive.”

At about the same time, he also ordered 28 annual military exercises with US forces to be halted and an ongoing US-Philippines amphibious beach landing exercise to be the last in his six-year presidency.

To date, Digong has also failed to follow through on previous pledges to remove a small contingent of U.S. counterterrorism troops from Mindanao or to notify Washington of an end to military exercises.

The US troops in Mindanao had been there ostensibly to help our armed forces eliminate the terrorist Abu Sayyaf.  After twenty years, the group has not been neutralized until now.  Military sources say they never really received full cooperation and assistance from the US in terms of logistics and intelligence.  That’s no surprise.  The US simply wants to stay in the country indefinitely.

For sure, there must be other reasons for Digong’s failure so far to deliver on his promise to get rid of US troops.

One of them, I suspect, is his decision to appoint to positions that are key to PH-US relations individuals who do not share his desire to cut off the umbilical cord we have with the US.  Whether or not the decision was part of a planned strategy, only he can say.

First, he appointed as Foreign Affairs Secretary the late Perfecto Yasay, Jr. whose appointment was not confirmed by the Senate because he turned out to be an American citizen.

After Yasay passed away recently, current DFA chief Teodoro “Tweeterboy” Locsin, Jr. revealed that it was the former who recommended him to be the foreign secretary.

Likewise, Jose Romualdez admitted it was also Yasay who recommended him to be ambassador to the US.

Both Locsin and Romualdez are known Yellowtards and unabashed Amboys.

The other key official is Defense Secretary Delfin Lorenzana who was once tagged by Digong as a CIA man.  He never said he was only joking when he made that remark.  Eversince, Lorenzana has been speaking with a forked tongue when it comes to PH-US military relations.

As far as may be gleaned from their past statements on the VFA abrogation, for instance, the three cabinet officials are clearly against it.  In fact, Locsin even contradicted Digong’s position on the VFA when he told a Senate Committee that he was only for a “vigorous review” of the Agreement instead of abrogation.

Why he was never taken to task for that indiscretion, only Digong knows.  He should have been fired right after the Senate hearing unless, of course, he had prior clearance from Digong.  As part of a pre-planned vaudevillian scenario perhaps?

When Digong, out of the blue, moved the effectivity of the VFA abrogation from August 9 to November 30 this year, extendible by another six months, I could not help thinking he may now be wavering from his bold pronouncements about pursuing a foreign policy independent of the US dictation.

I guess we will find out soon enough.  He now has less than two years left in his term.  By the end of this year, he will become a certified lame duck, notwithstanding the high popularity rating he has to date.

How much he can do thereafter is now a big question mark.

We can only hope and pray that he would at least push through to the end his vision of a truly independent Philippines which, as I have said often enough, would be his greatest legacy.

Otherwise, he would become known as the greatest president we could have had!

Speaking of Locsin who is often described by the media as the Philippines’ “top diplomat” (My foot!  A diplomat should be a paragon of humility and refined language, among other things.) warned China that it would be met with the “severest response” should its military exercises held last week in the Paracels in the South China Sea spill over to Philippine territory.

O kaya, baka takbo na naman sa mga Kano?  One thing this dope should never lose sight of is that the US has already said it is neutral in the territorial disputes in the South China Sea; that US relations with China are far more important to it than those with the Philippines; and that the US will never go to war with China for the sake of the Philippines alone.

There is no such thing as altruism in international relations!  National interest comes first!

Incidentally, CNN reports that the US Navy will be sending two aircraft carriers and several accompanying warships to the South China Sea in the days ahead for a military exercise.

I ask, what would Tweeterboy Locsin tweet or do if the exercise spills over to our territory?

“She (America) is the larger image of ourselves as we are her smaller image, and we care for her as we hope she cares for us.”

Several members of the United Nations Human Rights Council (UNHRC) in Geneva once again called on the Philippine Government to address the “widespread” and “systematic” killings in the country’s war against illegal drugs.

The Council, of which the Philippines is also a member, made the call after UN Human Rights Commissioner Michelle Batchelet of Chile reported, among other things, that our campaign against illegal drugs is being carried out “without due regard for the rule of law”.

I submit that aside from Guevarra’s defense of the Philippine position, the resident ambassadors of UNHRC members that have expressed “deep concern” over the conduct of the war against illegal drugs should be invited, summoned if you will, by the Department of Foreign Affairs to attend a thorough briefing by the authorities concerned on the matter.

Those who refuse to attend should thenceforth be “ostracized” by denying them invitations to unofficial and social functions.  Private organizations and even patriotic individuals should be encouraged to do the same.

Obviously, she is not aware of Paragraph 7, Article 2 of the UN Charter prohibiting the organization from intervening in matters which are essentially within the domestic jurisdiction of any member state.

For a high UN official to be unaware of such an important provision in the UN Charter is a shame!

In any case, the President has already signed the bill into law.

Eat your heart out, Batchelet.  Stop trying to earn your keep by bashing the Philippines for unjustified reasons.  Look at other countries where violations of the human rights of their ethnically different nationals appear to be a normal occurrence.

My wife sat down next to me as I was flipping channels.
She asked, “What’s on TV?”
I said, “Dust.”

And then the fight started…