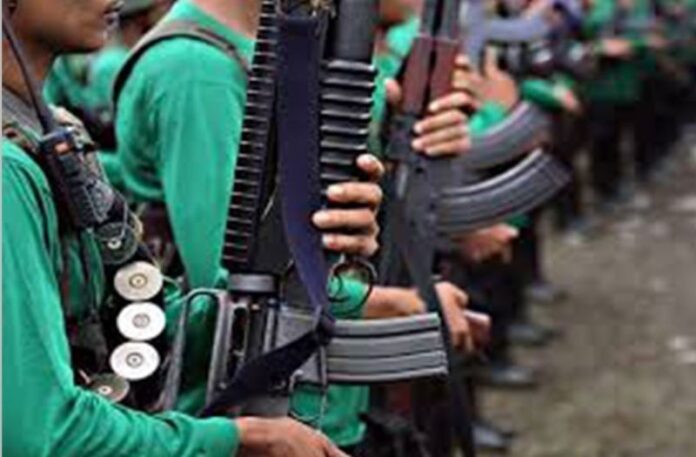 After some 10 minutes of firefight, the rebels fled in different directions, leaving three of their slain comrades.

Government soldiers recovered the three bodies, including that of their group leader “Bong”.

No casualty was reported on the side of the troops.

Belleza said the gun battle ensued when the troops responded to the “information given to the troops by concerned residents regarding the presence of armed men at the boundary of Barangay Buenavista in Pioduran, Albay, and in Barangay Sta. Cruz, Donsol in Sorsogon.”

The National Democratic Front has been formally designated as a terrorist organization by the Anti-Terrorism Council on June 23, 2021, citing it as “an integral and inseparable part” of the CPP-NPA created in April 1973. (PNA By Connie Calipay  /)