To promote job opportunities and working policies in Qatar, a symposium was conducted last April 15, 2015 at the Provincial Capitol Dome where the Philippine Ambassador to Qatar was the Resource Speaker.

Upon arrival at the airport, assisted by Governor Araceli B. Wong, Vice Governor Bong Teves, PBM Edwin Tanael,the Ambassador was given a plane side honor by the Philippine National Police headed by Provincial Director Adelio Benjamin Castillo. The convoy then went to the Vice Governor’s Farm Residence in Pajo Baguio for a luxurious breakfast. In a radio interview with Marlon Suplig, VG Teves said that the Catanduanes was fortunate to have an Ambassador as a resource speaker, noting that it was the first time for the province.

In his message, Vice Governor reiterated that as the head of the legislative body, he never desired for a Filipino to work abroad saying that, “kapalitnito (angpagtatarbahosaibangbansa) ay ibayongsakriposyo at panganib”.He also added that despite the increasing rate of exploitation of Filipinos abroad, more Filipinos are still working abroad to provide a better life for their family. He also noted that the country is among the top providers of equally skilled and smart working overseas man power. He also assured the participants that Filipinos have the skills and guts.

During the open forum with the Ambassador, H.E. Crescente R. Relacion gave an informative message about the upgrading economy of Qatar. He warned job applicants of illegal recruiter. He gave emphasis on the need of making a stand against illegal and abusive recruiter. He also added that it is important to know the policy of receiving country. The Ambassador also added, “You should also teach persons depending on your income to be independent.

On issue about the exploit of OFWs, the Ambassador assured that the embassy is working out to help OFWs. ”It is your right to be helped. It is the responsibility of the embassy to help,” he said. He also advised the participants to uphold the ideals of the Filipinos (e.g. modest clothing) especially when working abroad.

As an ambassador, he also said that deployment of OFWs is not a source of sustained economic development. Instead, he encouraged to develop industries, especially tourism so that there will be a choice to stay and work in the country. He reiterated that to work abroad it should be a “matter of choice”. It becomes a problem when Filipinos are forced to work abroad.

After the symposium, the Ambassador paid a courtesy visit to the office of the Governor where they have their feast as part of the latter’s birthday celebration.

Present during the symposium were Governor Araceli B. Wong who was celebrating her birthday that day, members of the Provincial Board, members of the Trainers of Pastures International Coalition, Pastor Beda Robles of ECAQ, TESDA OIC Mr. ElpidioTuburo, OIC of Cabugao School of Handicraft and Cottage Industries. TESDA graduates, professionals, unemployed, career-shifters, new graduates, students attended the symposium. There were more than 300 who participated.

The Ambassador also visited some tourist destinations in the province. He left the province April 17, 2015. 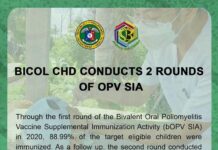 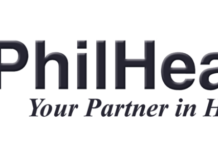 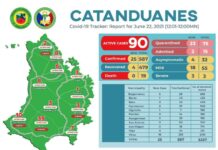