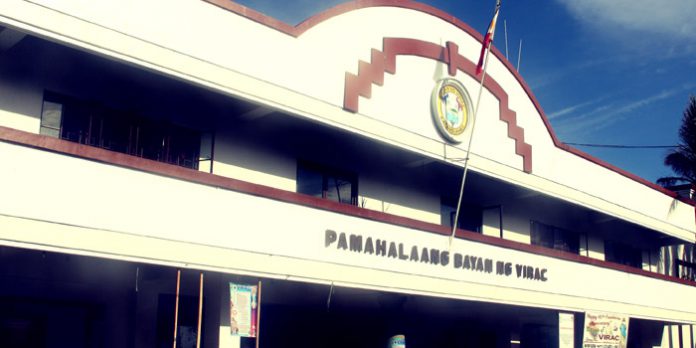 Executive Order No. 14 series 2016 was issued on September 16, 2016 reorganizing and reestablishing Virac MDRRMC in addition to its given functions under RA 10121,or the Philippine Disaster Risk Reduction and Management Act of 2010.

According to Laynes, the said EO adheres to the policy of the state to uphold the people’s constitutional rights to life and property by addressing the root causes of vulnerabilities to disasters, strengthening the country’s institutional capacity for disasters including climate change.

The council will also serve as an advisory and policy making body relating to the formulation and adoption of a comprehensive and integrated Local Disaster Risk Reduction Management Plan (LDRRMP).

Duties and functions of the MDRRMC are as follows: formulate plans and recommend such measures which will improve or enhance peace and order and public safety in their respective areas of responsibility; to monitor the implementation of peace and order programs and projects and the operation of the Civilian Volunteer self-defense Organization and such other counter-insurgency programs and activities;

Make periodic assessments of the prevailing peace and order situation in their respective areas of responsibility and submit a report thereon with recommendations to the Chairman of the national Peace and Order Council (NPOC); To receive complaints against government personnel, civilian or military, and indorse the same to the agency concerned and demand/compel such agency to submit report of action taken thereon and perform all other functions assigned by the Chairperson of the NPOC, by the President or as may be provided by law.

The establishment and institutionalization of the MDRRMC likewise aims to ensure the municipality’s capacity for a continued and sustained delivery of the primary services relative to the disaster risk mitigation and management thereby reducing the danger of grave and catastrophic destruction to lives and properties during the actual occurrences of a natural and man-made disaster or calamities. (EAB-PIA5/Catanduanes)