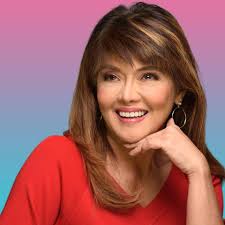 Ilocos Norte Gov. Imee Marcos has called on government to increase the country’s ethanol blend to keep fuel prices low amid the looming implementation of the second trance of excise tax on fuel under the Tax Reform for Acceleration and Inclusion (TRAIN) Law.

Marcos, who is running for senator in the 2019 midterm elections, said increasing the country’s ethanol blend from 10 percent to 20 percent will result in lower gasoline prices by as much as P5 per liter.

“Given that ethanol is presently cheaper than gasoline, increasing the ethanol blend will result in cheaper ethanol-blended gasoline. Better still, this can be done without the need for additional legislation,” she said.

The price of ethanol, Marcos said, is lower than the price of gasoline prior to ethanol blending by at least P20 per liter. Imported ethanol is likewise cheaper than domestic ethanol by approximately P20 per liter.

At present, ethanol used for blending is 55 percent imported, which means the domestic industry can only support 45 percent of overall ethanol demand.

“If the ethanol blend is increased from 10 percent to 20 percent, then the key implication is that the domestic industry can only support less than 25 percent of the resulting ethanol demand, thus pushing the importation level to 75 percent even without amending or repealing the biofuel law. A shift to E20 would lower overall cost by almost P5.00,” Marcos said.

Marcos likewise renewed her call for the suspension of the expanded value added tax on basic commodities, including fuel and electricity, for a year to ease inflationary pressures.

“The suspension of the VAT would provide immediate relief to millions of Filipino consumers. This will be the best Christmas gift the government can give to our people who are already reeling from the skyrocketing inflation for the past several months,” she said.

The TRAIN Law that took effect this year imposed a P2.50 per liter excise tax on diesel from zero and hiked the levy on gasoline to P7.00 per liter.

While oil companies have implemented rollbacks for eight consecutive weeks now, members of the Organization of Petroleum Exporting Countries last week reached a deal to cut oil production to avoid a glut and end the drop in prices.

The alliance will take 1.2 million barrels per day off the market for the first six months of 2019. The 15-member OPEC cartel has agreed to reduce its output by 800,000 bpd, while Russia and the allied producers will contribute a 400,000 bpd reduction. ### 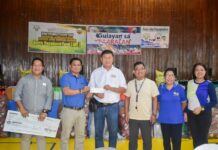 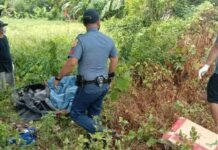 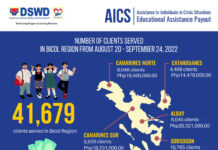