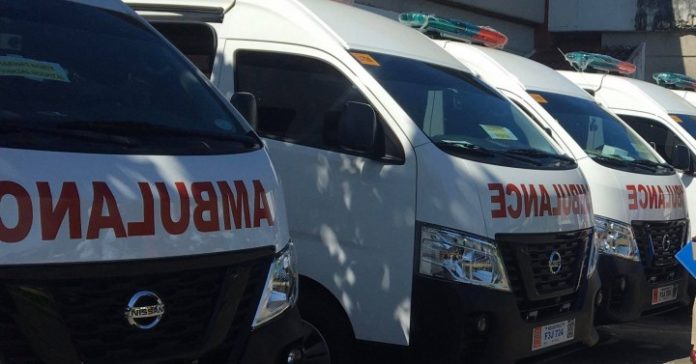 LEGAZPI CITY – The Department of Health (DOH) regional office here on Tuesday turned over 22 new ambulance units to four provinces in the region.

“These 22 ambulances are part of the 60 new units that DOH-5 is set to give to different provinces in Bicol. We were able to turn over 11 units last March 9 and we are still expecting the remaining units to be delivered these coming months,” said Kris Bryan Baria, officer in charge for the Health System and Facility Development Cluster of DOH-5 (Bicol Region).

Baria, in an interview, said funds for the purchase of the ambulances came from the agency’s approved 2019 budget for the Region Health Facilities Enhancement Program.

He said the total of 60 ambulance units are targeted to be distributed as follows: Camarines Sur-25; Albay-18; Sorsogon-eight; Catanduanes-six; and Camarines Norte-three.

“For Masbate, we were able to give them five sea ambulance units last year,” Baria said.

Asked on the cost per unit, Baria said the ambulances were acquired for PHP2.3 million each.

“It is a little bit costly because it is not just a vehicle but a fully equipped ambulance unit. Each ambulance has medical equipment, instruments, accessories and peripherals needed,” he said.

Baria said the ambulances are a very important tool in fighting the coronavirus disease (Covid-19) since it is used in contact tracing, transporting patients to health facilities, particularly those who need immediate medical attention and response.

“Upon delivery, each ambulance shall undergo preliminary physical inspection by the inspection team to ascertain the physical condition and acceptability of the units,” he said.

During the turnover ceremony, Nestor Robles Jr., a representative of the local government unit of Virac, read the message of Mayor Sinforoso Sarmiento, who said the donations are a timely addition to the town’s fleet of responders, particularly during the prevailing health crisis.

“With the meager income that the municipality of Virac has, we are trying to make both ends meet for our constituents and we really need this badly,” Robles quoted Sarmiento as saying.

The mayor, through his message, thanked the DOH-Bicol for the donated ambulance units. (PNA/Connie Calipay) 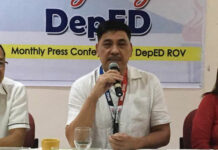 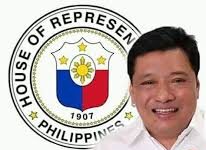