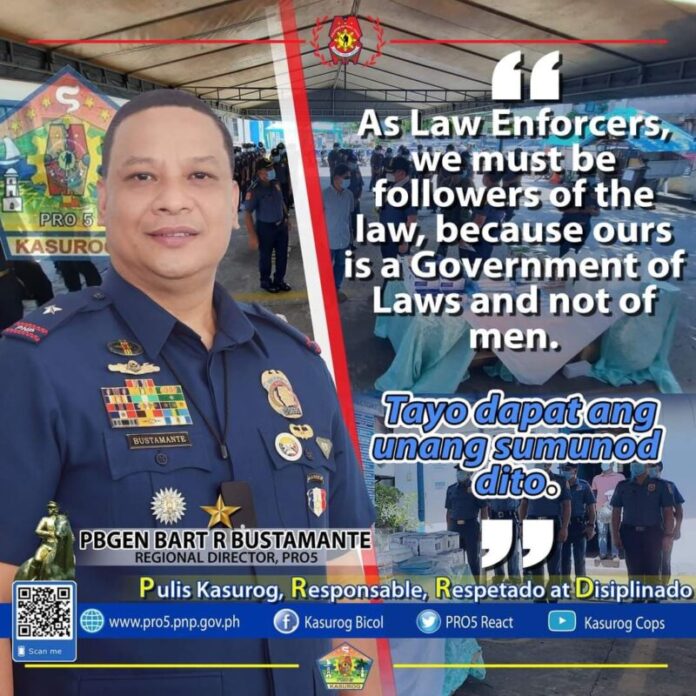 Legazpi City— Heeding to the call of the government to stamp out illegal drugs in the country, the PNP Bicol under the leadership of PBGEN BART BUSTAMENTE, Regional Director, PRO5, step up its campaign against the proliferation of illegal drugs which resulted to the arrest of drug violators and confiscation of various illegal drugs.

The PNP Bicol arrested the total of numbers of 992 violators of RA 9165 while 46 were neutralized during the 884 different operations conducted from January 1-September 29, 2020. These operations include implementation of search and warrant of arrest; buy-bust operations; and other related police operations.

PNP Bicol also remains persistent to carry out Oplan Tokhang as a community-based persuasive strategy that strives for social reintegration of reformed drug offenders back into mainstream society through community intervention. During the period 53 DI watchlisted and newly identified drug offenders surrendered to the police. Along with this 37 house visitations were facilitated as part of the program.

Moreover, PNP Bicol shall continue to pursue its anti-illegal drugs campaign plan Double Barrel to address the two-pronged strategy of supply and demand reduction. It further enjoins the community to take active participation in the fight against any forms of illegal drugs in the region. (MAR ARGUELLES/CONNIE DESTURA)