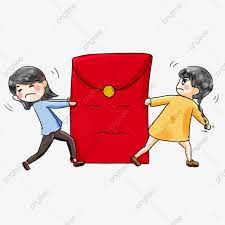 The relatively booming construction industry in the province had been alerted by the reported snatching of bidding documents by a person with a back-up riding person right smack in the Department Of Public Works Compound. The victim was a hurried female staff of a construction company who is supposed to beat the deadline for the DPWH-bidding process.

With a companion in tow and uncowed, she wrestled with the masked snatcher unmasking in  the snatcher, who escaped with the targeted sealed documents via a waiting back-up. Unknown to the culprit, the  incident was captured in full  by the CCTV installed by the proactive, security-minded DPWH District headed by Augustus Gil Balmadrid right smack in the DPWH compound.

In an exclusive interview by the Bicol Peryodiko and Print Broadcast with Virac-MPS COP PMajor Antonio Perez reported that the responding PNP task force recovered the stolen construction  bid documents near the CatSU-campus footbridge in the national highway. Some commuters in that area allegedly scampered to stay for alleged bomb threat which turned out to be the said sealed bid envelopes.

PMajor Perez they have already established the identity of a person of interest based on the testimonies of the duo-victims. He said they are still establishing more concrete evidences while conducting the manhunt.  A of interview and writing of this piece, the PNP have yet to apprehend the suspect whose whereabouts are unknown.

This is the second time such a snatching incident occurred in the capital of Virac. Be that as it may, the PNP are under pressure to apprehend said suspect as soon as possible. Measures must have been in place to pre-empt the escape of said perpetrator  from the island province.

While we don’t know the outcome of the first document bidding snatching few years earlier in our province, this second incident perpetrated by this evil-scheming entities should be resolved with dispatch. Why? The project budget allocation could be in the tune of multimillion pesos to warrant such attempt?

It is a calculated, shrewed, in fact, a desperate attempt on the part of this hired, lawless elements and their mastermind, if any.

The way it seems, some entities/persons in the constructions industry have been so morally bereft and financially corrupt that they could resort to this modus operandi. A cut-throat competition and sabotage.

OMG! What is happening to our province? Man-made atrocities go hand in hand with covid-19 pandemic and slew of typhoons.

For the nth time we’re constrained to raise these questions: 1) Who could be the possible mastermind of this caper? 2) Who are the takers? 3) Will they be apprehended before they escape from this Happy Island? Unfortunately, there are persons who consider money as their only means of survival and source happiness. Indeed, money talks, acts, and listens.

Our peace-loving, law-abiding and God-fearing kababayans cannot, should not, and won’t tolerate this snatching incident by mere denunciations, devastated as we are—financially, mentally, and physically—by the more than one year covid-19 pandemic and slew of typhoons; recently by Typhoon Bising (ICN: SURIGAE).

Madlang pipol expects the law enforcement agencies to resolve this incident with dispatch. And let the mastermind or the perpetrators suffer the punishment or sanctions they truly deserve. Let the full force of the law do its natural course. 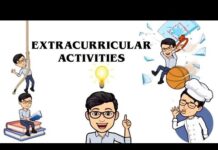 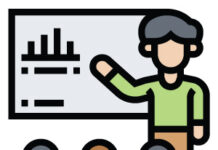 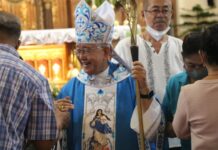