In 560 B.C. there was an Ephesian philosopher called Heraclitus whose basic idea was that everything is in a state of flux. His famous illustration was that it was impossible to step twice into the same river. To Heraclitus everything was in a constantly changing state of flux. But if that be so, why was life not complete chaos? The answer of Heraclitus was: all this change and flux was not haphazard; it was controlled and ordered, following a continuous pattern all the time; and that which controlled the pattern was the Logos, the word, the reason of God. To Heraclitus, the Logos was the principle of order under which the universe continued to exist. Heraclitus went further. He held that not only was there a pattern in the physical world; there was also a pattern in the world of events. He held that nothing moved with aimless feet; in all life and in all the events of life there was a purpose, a plan and a design. And what was it that controlled events? Once again, the answer was Logos.

William Barclay, who told the above story, said that John the Evangelist made use of this Greek idea of the word/logos to proclaim the gospel of Christ to the Greeks. The word for the Hebrews is alive and powerful while for the Greeks, it is the reason and the mind of God. St. John made use of these ideas of word in writing his gospel of Christ. Jesus Christ is the word who becomes flesh and who has dwelt among us. He is the Son of God, the Messiah, who as God, has been there prior to the creation of the world. He assumes the human nature and becomes one of us except in sin.

Today, Christmas Day, we commemorate the day during which this Word became flesh and was born of the Virgin Mary in a manger more than 2,000 years ago. Jesus Christ, the mind and the Son of God is born to save us from our slavery into sin and from all other kinds of slaveries such as vices, addictions, debt bondage, sexual slavery, forced labor and chattel slavery. The main reason for the incarnation of the Word is the freedom of humanity from slavery into sin. But through this freedom, God also empowers us to be freed from all other kinds of our enslavements. The Word is not only the reason or the mind of God; it is also the love of God as proclaimed by St. John: “For God so loved the world that he gave his only Son, so that everyone who believes in him might not perish but might have eternal life” (Jn 3:16).

Jesus, the Word of God, is the reason for the season of Christmas. He comes to love us and to forgive us. He loves us and never condemns us in spite of our wickedness; moreover, He accepts our faults and suffers on the cross for us. He simply forgives us and grants us new life. This Christmas, Jesus comes to us to enable us to love and to forgive. We cannot be Christians but at the same time, condemning others as if they are the only sinners and evil doers. We only become hypocrites like the scribes and Pharisees when we do that. As Christians, we have to follow the teachings of Jesus and to live the very life of Christ, the life of love and forgiveness. To love God is to help our neighbors by desiring good things for them; forgiving them and assisting them regain their dignity as children of God.

Merry Christmas! May the love of the incarnate God transform you and help you transform others to be better persons and Christians this Christmas season and onwards. 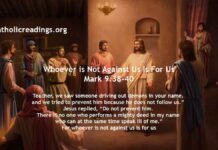 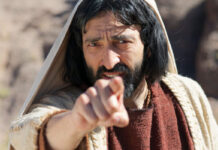 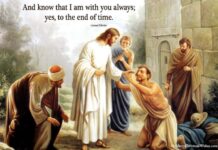 Stand Up, Do Not Be Afraid