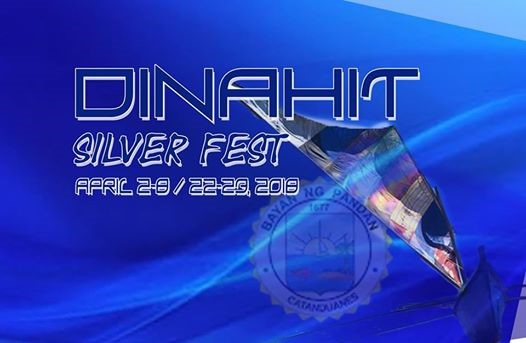 The first ever festival in the island province of Catanduanes is celebrating the 25th or the silver anniversary of its foundation since in 1994. This is in commemoration of the Austronesian migration to this island using a double outrigger non-motorized banca called “DINAHIT” by the locals and whose replica and manner of boat construction is found in Barangay Canlubi. Its construction is long practiced in the said community.

“Dinahit” is a term used by local folks in Pandan in referring to the wind-driven (layag) sailing vessels with two outriggers used by our maritime ancestors, the Austronesian in going to Pandan. Dinahit was derived from local term Pinagadahit, meaning to drag to shore.

Over the centuries, the Dinahit survived colonial prohibitions and technological competition. It sailed the surrounding waters of Catanduanes communities. It is the epitome of the triumph of tradition over foreign cultural domination.

It was founded in 1994 by Romeo A. Aco and the then UP History Professor Efren Isorena who is also a Pandananon conceptualized the idea of having a cultural celebration that distinctly Pandananon. The idea was conceived from the laters thesis on Maritime tradition and transmigration while they were sailing off the shore of Brgy. Canlubi along with Mr. Eddie Ibardaloza whose father was a boat maker whose architecture is a perfect semblance of the boat used by the Austronesian migrants.

Its foundation was made possible thru the able assistance of the then Vice-Governor Severo Alcantara, the Kaibigan ng Kalikasan o KAKA now Green Phils, under Mr. Sarge Colambo and the then newly founded Pandananon Student Association. It was also thru our media partners, the then Catanduanes Islander of Mr. Rey Alcantara, Mr. Mel Rima of DXGB and the participation of PTV4.

Canlubi, the host barangay in 1994 was an able partner in making this event happen.

Now, it is recognized as the official festival of Pandan town and has been labeled as the First and the oldest festival celebration in the island-province of Catanduanes.

Its early celebration after its first staging has moved around the fishing activity of the Dinahit. Today it will be corrected and be aligned to why the Dinahit festival was conceptualized and made to happen in 1994. It is a celebration of the maritime migration using the vessel (the dinahit) as used by the early migrant to this island province. 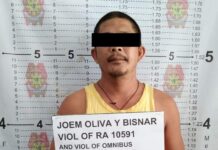 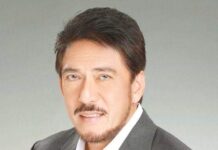 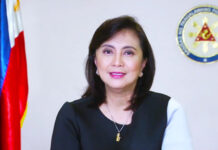