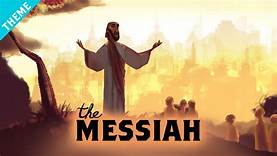 When Jesus arrived and presented Himself as the Messiah, the Jews could not believe Him because He was different from the previous ideas of the Jews about the Messiah. While the Jews believed on a powerful political Messiah, Jesus presented a suffering spiritual Messiah, which was totally opposite to the ideas of the Jews. Consequently, the scribes and Pharisees could not accept Him especially due to the fact that Jesus would criticize them and would consider their deeds to be futile.

Since the disciples of Jesus were normal Jews, they also believed that the Messiah would be a political one. For this reason, they left Jesus when Jesus was captured and crucified by the Romans. All their dreams of a political messiahnism vanished. This explains the disappointment of the two disciples whom Jesus encountered on the road to Emmaus. So when the risen Lord appeared again to His disciples, He “opened their minds so they could understand the scriptures” (Lk 24:45). The scriptures foretold about Jesus, the Messiah, who would suffer for the forgiveness of the sins of the humanity.

Like the Jews, there are times when we are closed-minded simply because we have pre-conceived ideas of a lot of things. We do not understand the Church; we doubt God’s loving care and presence in us; we become hopeless in our government and her officials; we are disappointed with how the things are going on, etc. Sometimes we do not know what is happening in our lives; we are uncertain and are stressed. In this kind of moment, let us go to Jesus. Jesus opens our minds to the truth of life and the truth of our existence. He is the One who can give meaning into our lives.

The Risen Lord enlightens us to the truth that we have been transformed into children of God. God is our Father and, as a Father, He loves us so much. He will never abandon us in our needs and He is there always to take care of us. We must not worry; we must simply trust in Him and entrust our plans and future into His loving hands.

The Lord is risen and this Resurrection of the Lord proves that good is greater than evil, love is greater than hatred and life is greater than death. There is hope in the Risen Lord. Let us unite ourselves with Jesus because He is the One who has conquered evil, hatred and death. With Him, we can also conquer all adversities that may come into our lives. He will guide us and enlighten us with His teachings for us to attain peace in our mind and hearts and live happily.