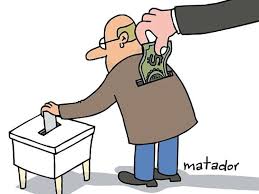 By the time this crusading community weekly newspaper reaches our precious avid readers, the May 14 barangay and SK elections must have been going on, if not held, already.  Be that as it may, we’ll not stop reminding the reading public in this island province and elsewhere on the need for a clean, honest, orderly and peaceful elections. We’ve been doing this advocacy and reminders for more than a decade.

Officially, for just a matter of ten days the electorates in the barangays provincewide must have been bombarded with the candidates’ platforms of governance presented during “pulong-pulongs” and most especially during the “miting de avance”. During said instances, amid the flow of agua de pataranta with matching pulutan of any kind, these aspirants together with their trusted organizers, must have mesmerized us with a plethora of things to do when given the mandate to serve.

Elections are the best time to change the bad, indifferent, irresponsible leaders. It’s reckoning time. Time to discard or weed out the bad ones.

Beware, however, of the perennial prohibitions, violated with impunity during said political exercises.  For sure, amid police and the armed forces security and vigilance measures implemented, vote-buying and vote-selling had probably reared its ugly head, perpetrated as it were by candidates with impunity.

The reason is simple but imperative and serious. There’s no substitute for victory.  Come what may, what the hell it may come up to, majority of not all wants to win by hook or by crook.

Nevertheless, as of writing, no collateral damage in terms of loss of human lives was reported before, during, and even after the said local elections. Unlike other provinces where candidates have been shot in their own homes or outside, our island province have been spared of these atrocities with impunity.

Be that as it may, let’s hope and pray that all the elected barangay and SK leaders have won through a clean, honest, peaceful and orderly elections.  That through the exercise of our rights of suffrage we must have elected relatively capable, clean, credible and honest leaders who will lead and serve us in the next three years, barring any inevitable or unexpected political events beyond our control.

To the winners, congratulations. Brace yourselves for the responsibility and accountability you will face after you have undergone orientation/training and sworn into office afterwards.

To the losers, better luck next time.  Analyze and take stock why you lost.  Remember, it is not the end of your highly purpose-driven life and opportunity to serve your constituents.  Three years is too short for good leaders; too long for the bad ones. 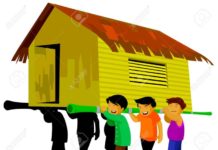 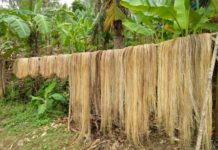