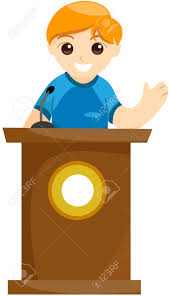 Jojo Robles (The Manila Times, Lowdown, 5/2/18) continued: “Government and big business also conspired to convince the workforce that unionism was the worst thing that could happen to them. Entire armies of workers began to ignore the calls to organize, preferring instead to accept better pay and working conditions negotiated directly with business, cutting out the middlemen of the unions and their federations.

“The state started to turn a benevolent eye towards initiatives that emasculated organized labor, including illegal labor contracting. Government itself became the largest employer of temporary workers, the better to accommodate millions of voters and their relatives who had to be given patronage jobs,” he said.

“In the past three decades, government implemented a policy of benign neglect of the labor sector that showed no signs of ever being reversed. Then a political outsider from the boonies of Mindanao became president, talking smack about illegal contractualization and promising to give a better deal overall to the workingman,” he recalled.

Unfortunately, there goes the rub:  “Organized labor decided that Rodrigo Duterte, the first president in a long time to actually and proudly display a pro-labor bias, was the enemy. And that is one of the reasons why organized labor seems hopelessly mired in irrelevance and eminently deserving of the bad press it’s been getting all these years,” Robles added.

Robles opined:  “Of course, there will be always sectors of society who will look at whatever Duterte has done and pronounce it lacking, overdone or just plain wrong. These are the people who just cannot accept that someone they did not support and whom the people unquestionably tust can do something that their elitist idols cannot, regardless of the evidence.”

Robles admitted he really expected organized labor to not fall for the elitist anti-Duterte agenda. He also hoped that the members of the labor groups, of all people, would appreciate what Duterte has been doing to end the illegal contracting of labor, to provide more jobs and to protect workers from exploitation, both here and abroad.

To his chagrin, Robles thundered: “But our organized labor groups seem to have fallen off the deep end and can no longer be brought back into society’s mainstream. Why, for instance, would leftist labor organizations keep insisting that Duterte is part of some unholy US-led imperial alliance, when he seems to have done everything he possibly can do to make the Americans angry at him?”

Robles argued further: ”Why would labor groups require that Duterte issue an executive order to end illegal labor contracting, when there are already a bunch of existing laws—and some others awaiting the current Congress’ final approval—that outlaw this practice? And when Duterte did sign his EO ending “endo,” why did the labor groups not show enough sense to read and analyse it first, instead of going ahead with their effigy-burning Mendiola rally? (To be continued).