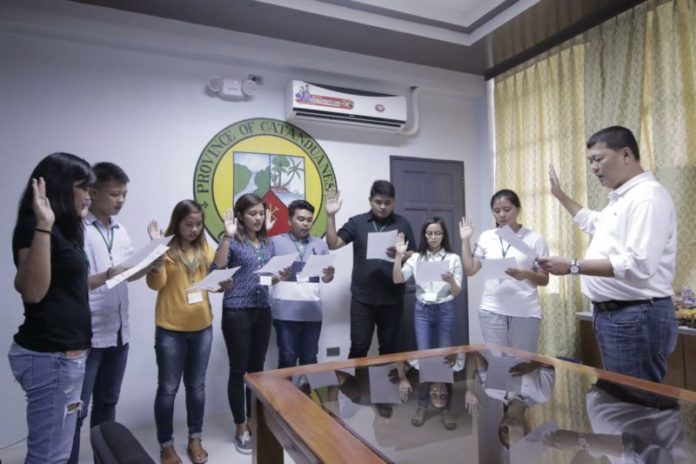 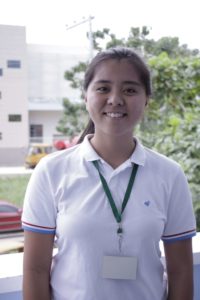 After eight years since the last Sangguniang Kabataan Election, these words from the Oath of Office were once again recited by the newly elected SK Pederasyon Officers as they took their oath, yesterday, June 7, 2018 at Governor’s office conference room.

Leading the new set of provincial SK federation leaders is Camille Qua from the town of San Andres who ran unopposed as president.

Despite the pressure, the newly elected SK Pedrasyon president who will sit as an ex-officio member of the Sangguniang Bayan of San Andres and the Sanguaniang Panlalawigan knows that she has to make the most out of their two-year term.

Qua is advocating education and livelihood programs for the out-of-school youth. The 18-year-old freshman nursing student took inspiration from her experiences back in high school at San Andres Vocational School.

The daughter of Regional Director of DILG Region V, Elouisa T. Pastor, urged the youth to be a model to one another.

They will be serving for only two years, instead of the 3 years mandated by law. This is because Republic Act 10952, which reset the village and youth council polls to May 2018, also scheduled the next elections for May 2020. After this, the polls would be every 3 years again.

Here are the complete names of the SK Pederasyon Officers:

In his short message, Governor Joseph C. Cua promised to support the new set officers, and he placed his full trust to them whom he called as the hope of the province.

The officers took their oath of office with Governor Joseph C. Cua as the Oath officer, June 7, 2018. They will start their two year-public service effective noon of June 30, 2018.

I will not withdraw my candidacy- Sanchez