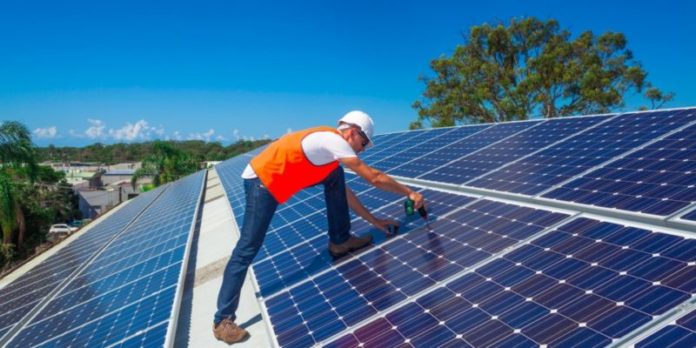 Extensively amended based on stakeholders inputs, House Bill 8179’s final version (1) Limits the scope to “remote and unviable, unserved, or underserved areas,” in selected provinces with less than 2% of the power demand of the Philippines, (2) Requires use of renewable energy, (3) Subjects the grantees to regulation by the Energy Regulatory Commission (ERC) and DOE, pursuant to EPIRA, (4) Explicitly states the grantees “shall not be entitled to any government subsidy.”

“This incorporates inputs of industry stakeholders from extensive congressional hearings, to ensure the franchise is highly regulated and compliant with EPIRA and the constitution, respects existing franchises, and enables DOE and ERC to impose further safeguards. This imposes even greater restrictions on SPSB than existing utilities, limiting it to marginal areas and prohibiting it from receiving any government subsidy,” the PSTAR news feature added.

What motivates SPSB is the overwhelming support it has received from consumers in underserved areas. Facebook posys supporting HB 8179 have reached 20 million Filipinos and generated over 2 million likes, comments, shares. Various LGUs have attested to the benefits should the bill become a law.

For one, Misamis Occidental Governor and former Tangub City Mayor Philip Tan said: “For several years, Tangubanons  experienced extended power outages and exorbitant energy prices. But, with the advent of the Solar Para Sa Bayan Project these will now become a thing of the past.”

Mayor Shierwin Taay of Dingalan, Aurora said: “We thank Solar Para Sa Bayan for fulfilling the dream of Dingalenos, by solving our power crisis and reducing the cost of electricity. This is a great help for a town like ours to achieve a stronger economy and better life for our people.”

Should the bill becomes a law, SPSB’s commitment is clear. In a statement, it said: “We commit our utmost to support this administration’s goal of achieving 100% electrification and ending energy poverty by 2022, and do this without need for government subsidy.”

For decades, Philippine presidents have tried and failed to reach 100% nationwide electrification.  Now, we have a solution, with the potential to energize the entire country by 2022 and add to the list of reasons why this administration will be remembered as the one that did most to improve the lives of ordinary Filipinos.

What about in Catanduanes where outages are, more often than not, normal occurrence?

Indeed, the question raised in the title itself of this column, is imperative, timely, and urgent: “Should We Go Solar?” The answer, of course, depends on the side one belongs. For me, it would be a resounding “YES! WHY NOT.”

Open-minded and knowledgeable their administrators are, they have joined the bandwagon in utilizing solar panels with batteries as source of cost-efficient, environment-friendly technology.

Not to be outdone, the Sanggnuniang Panlalawigan, Legislative Building, this province, led by Acting Provincial Vice Governor Lorenzo T. Templonuevo, Jr. have acted positively on the Resolution sponsored by PBM Edwin T. Tanael, East District, on the use of solar panels as pilot project to address power outages and reduce eventually its electricity expenditures amounting to Php 90,000 plus monthly as of July 2019.

The solar panel pilot project cropped up when experts and knowledgeable persons visited PBM Tanael in his office the other month.  He was convinced to resort to using solar panels as source of renewable energy due to the failure of power distributor, Ficelco, and the perceived shortcomings of NPC and SUWECO as power suppliers.

PBM Tanael’s decision is inevitable and good move in view of its expected increase in power consumption and expenses with the accommodation of the Congressional District Office (CDO) of Cong. Hector S. Sanchez, Lone District of Catanduanes, whom the beleaguered, re-elected Gov. Joseph C. Cua promised the former in their 3-in-1 formula during their campaign sorties province-wide on the recently held May 13, 2019 midterm national and local elections.

Furthermore, this legislative measure is a proactive move on the part of SP in view of the impending approval of HB 8179 which the Solar Para Sa Bayan (SPSB) hopes to end energy poverty in 2022.

Interestingly, the timetable of SPSB coincides with the presidential election again. Barring delays in Congress and unexpected political development in our country, this would-be landmark legislative measure would solve our energy requirements for the inclusive growth and socio-economic development of our province and the country in general.

Separation of Church and State