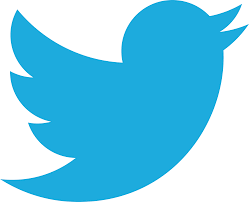 Teodoro ‘‘Tweeterboy” Locsin, Jr., the oligarch and elitist foreign secretary of President Rodrigo Roa Duterte aka Digong, has been severely criticized by several sectors of society, particularly the media, for tweeting expletives at a couple of reporters.

After Jhennet Enano of Inquirer reported that Digong skipped the last event of the recent ASEAN Summit in Bangkok, Locsin tweeted her:  “Uh, did you get the putangina I sent you?  That’s the last event, purely ceremonial and short.  Jokowi had left, Mahathir too.”

Earlier, Tweeterboy also tweeted Enano thus:  “One event you shet & just ceremony…”  He then said Digong had to catch his plane back to the country.

On the other hand, Marc Jason Cayabyab of the Philippine Starreacted to Locsin’s diatribe against Enano by citing a  provision of RA 6713, or the Code of Conduct and Ethical Standards for Public Officials and Employees.

Locsin retweeted Cayabyab with a “Fuck you” which has since been deleted.

The National Union of Journalists of the Philippines (NUJP) issued a statement that said Locsin’s tweet was “uncalled for.”

“The tweet (of Enano) simply stated a fact and insinuated nothing. It is a shame since (Locsin) is fond of boasting about his journalistic past,” said NUJP chair Nonoy Espina.

The Foreign Correspondents Association of the Philippines (FOCAP) also weighed in on Locsin’s use of foul language against a journalist.

The group said it “is alarmed by the abusive and harassing profanity Foreign Secretary Teodoro Locsin Jr. used in a tweet against a reporter of the Philippine Daily Inquirer. It’s ironic that it comes from the country’s top diplomat and a former journalist”.

“Secretary Locsin can take up any issue with the media or any sector firmly.  But needless to say, he has to speak with civility and within the bounds of basic human decency. Anything beyond that is an unacceptable display of arrogance and coercion,” it added.

Isn’t it bad enough that President Digong draws flak for using foul language now and then that he also has to have a foreign secretary who does the same?  What is it that made Digong appoint the uncouth fellow in the first place?  Just asking.

Locsin could have defended Digong’s absence in a more polite, matter-of-fact way. But he chose to be scurrilous instead.  He even boasted in a tweet that he has “an inexhaustible supply of scurrilities”.

The reader may have his or her own pick.  I choose “bitchiness” and whatever else the term implies.

Following are some choice published reactions from netizens to Locsin’s latest outburst:

Willardo Remo Jr@IladRemoJr1919 – Be more polite Honorable Sir. If you are not committing any mistakes, you don’t have to respond in that manner. A lot of rude and selfish people already in Social Media, you could set a better example po. Just a suggestion po..

Colleen_FS@Colleen_FS – Napakalutong mong magmura sa Pilipino pero duwag na duwag sa China. You are one of the most hated public servants, in case you don’t know yet. You are not in your position forever, remember that.

Fratello@papalbadass – Cheap. You dishonor the position of DFA Sec. Shame.

Two months ago, I made a suggestion that I thought could possibly ease the traffic congestion in EDSA.

As far as I know, my suggestion has not yet been made or tried. I call it the Odd-Even Scheme.

Granted, the scheme may favor those with more than one vehicle and unfair to those with only one.  But when has life ever been fair?

Let’s assume 20%, which is on the high side, of EDSA users have more than one vehicle. That would leave only 50% of the other 80% that use the thoroughfare daily. In short, daily users of EDSA will be reduced by 40%.  Quite a substantive reduction, wouldn’t it?

What happens to those with only one vehicle on the days they could not use it? Well, they can commute. They may find it even more convenient and cheaper with the reduced traffic. Or they can organize carpools.

With refinement introduced by traffic experts, the scheme just might work. It can be done away with when the construction of more roadways, skyways, elevated railways and subways are finished.

Oh, I own two old vehicles, both with plates ending with even numbers.

Following is an excerpt from a TV interview of Senator Bong Go on the appointment of Vice President (under protest) Leni Robredo as drug czar:

This segment is intended to remind the Duterte administration of some of its yet unfulfilled promises and matters that need attention and/or follow-up action. More importantly, the people are entitled to know what’s being done about them.

1.  Digong’s promise to rid the country of foreign troops and military bases.  This, of course, necessitates abrogating the untested and unproven worth to us after seven decades of the Mutual Defense Treaty with the US, along with the lopsided and constitutionally infirm Visiting Forces Agreement and the Enhanced Defense Cooperation Agreement .

2.  Reciprocal visa arrangements with the US.  What is the DFA doing about this?  Our embassy in Washington?  No less than President Digong has said he wanted this done more than three years ago.  Has he changed his mind?  If not, Locsin should be directed to start things moving.

Incidentally, now that a modified Visa Upon Arrival (VUA) will continue to be given to Chinese nationals, we should ask China to extend the same privilege to our travelers, that is, if no such arrangement yet exists.

These are genuine answers from 16-year old Americans (cont’d):

Q. What is a terminal illness?
A. When you are sick at the airport.
(Irrefutable)

Q. What is a turbine?
A. Something an Arab or Shreik wears on his head.
Once a Arab boy reaches puberty, he removes his
diaper and wraps it around his head.
(Now we are getting somewhere.)

For Private Use Also