Tomorrow, January 20, will be a watershed in US history.

Never in its history has there been so much anxiety, fear even, among the American people of what might happen during the inauguration of an incoming President, Joe Biden.

Areas around Washington DC have been fortified and likened to those put up in Baghdad after the US invasion of Iraq.  More than 20,000 National Guard troops will be stationed in the areas to prevent possible unrest and violence.

As friends of the average American, let us hope and pray that the transition will be peaceful, as promised by outgoing President Donald Trump.

The outgoing Trump administration, through its hawkish Secretary of State Mike Pompeo, has decided to ditch its commitments to the One-China policy which govern the diplomatic relations between China and the US since 1978.

Pompeo’s move was prompted by his “latest attempt to improve ties between America and Taiwan” which, as expected, infuriated Beijing and “is a direct challenge to Chinese President Xi Jinping”.

How China reacts to Pompeo’s folly which it called “crossing a red line” will be a major challenge for Biden.

For some time now, I have been emailing to Malacanang a copy of this weekly column, receipt of which it has always duly acknowledged.

Two days ago, however, I received a curt message that says “Your message to pcc@malacanang.gov.ph has been blocked”.

I wonder why.  Could it possibly have something to do with certain issues that I regularly raise in this space that Malacanang has not deemed worthy of paying attention to, such as the recent questionable bidding conducted by the Comelec to refurbish Smartmatic’s counting machines; the report that the US is about to return to Subic; and the case of the fugitive Andres Baustista, former Comelec chairman?

Reports say that several Southeast Asian countries, including Malaysia, the Philippines, Singapore, Thailand and Vietnam, are finalizing deals to buy CoronaVac from Chinese vaccine maker Sinovac despite varying data on the vaccine’s efficacy to date.

In Brazil, it is said that the Chinese vaccine has been found to be 50.4% effective.

The Brazil figure, however, is much lower than the 91.25% and 65% efficacy rates found in Turkey and Indonesia, respectively. (Flu vaccines are typically 40% to 60% effective.)

To be clear, a 50% efficacy, while not ideal, is still better than nothing. Antony Fauci, the US’s leading infectious disease expert, had said that a 50% to 60% efficacy rate would be acceptable.

On the other hand, African countries are reportedly turning to China, India and Russia for Covid-19 vaccines despite skepticism peddled mostly by the Western media.

Hereabout, opposition senators who, by definition, are Yellowtards and US worshippers opposed to everything that the present administration stands for, are questioning the government’s seeming preference for the Chinese-made CoronaVac, mainly based on its supposed low efficacy and safety.

On the basis of the above-cited data, however, it would appear that their skepticism may not be well-founded.

Speaking of safety and efficacy, with members of the Presidential Security Guard and 100,000 Chinese nationals in the country having been vaccinated with CoronaVac, how come there has been no report whatsoever of any of them suffering from bad effects from the vaccine?

And, let us not forget, no less than President Jokowi of Indonesia has already been vaccinated with CoronaVac sans ill effect.

What other assurance do the doubting senators want that CoronaVac has been effective?

Besides, I understand that other brands will not be available until the middle of the year, perhaps beyond, whereas 50,000 doses of CoronaVac will be here by next month.  Why not let those who are willing to be vaccinated have their wish fulfilled, rather than wait for something that may turn out not to be better than CoronaVac?

For instance, in Norway 23 elderly people have reportedly died after receiving Pfizer shots.

In Australia, a group of scientists has expressed concerns that the British-made AstraZeneca vaccine was not effective enough to generate herd immunity.

“Until we get more data that shows that AstraZeneca is as good as the others, the scientific and medical risk that you take is that you won’t get herd immunity,” said Andrew Miller, president of the Australian Medical Association in Western Australia.

According to the DILG, many local government units (LGUs) prefer AstraZeneca.  They may wish to have another look at their preference in light of the Australian scientists’ view.

Meanwhile, the government announced that CoronaVac will be the sole choice for Filipinos until June.  Western made ones will be available only in the second half of the year.

President Rodrigo “Digong” Duterte assured the public that the Chinese CoronaVac are as good as those made by the Americans and Europeans.

“The Chinese are not lacking in brains,” he said.  The Chinese are bright. They would not venture (into producing vaccines) if it is not safe, sure and secure.”  Sounds logical.

A New York attorney representing a wealthy art collector called and asked to speak to his client. “Saul, I have some good news and I have some bad news.”

The art collector replied, “You know, I’ve had an awful day, Jack, so let’s hear the good news first.”

The lawyer said, “Well, I met with your wife today, and she informed me that she has invested only $5,000 in two very nice pictures that she thinks will bring somewhere between $15 and $20 million… and I think she could be right.”

Saul replied enthusiastically, “Holy cow! Well done! My wife is a brilliant business woman, isn’t she? You’ve just made my day. Now, I know I can handle the bad news. What is it?”

“The pictures are of you and your secretary.” 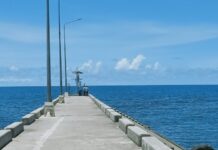 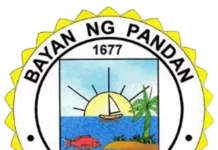 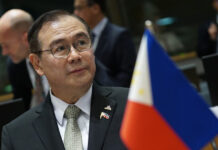