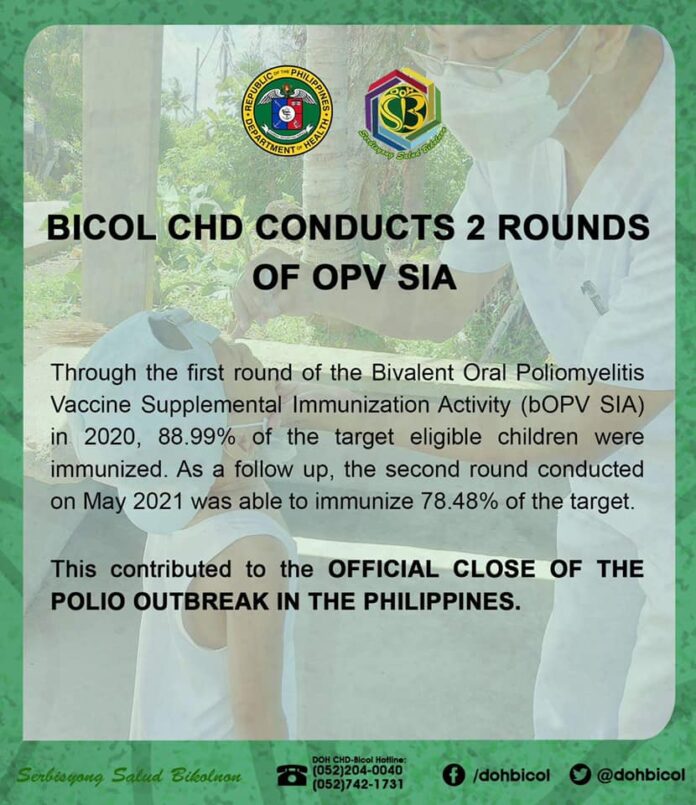 Following the declaration of the World Health Organization and the Department of Health that the Polio outbreak has officially ended in the Philippines, the Department of Health – Bicol Center for Health Development (DOH Bicol CHD) reports the success of the second round of the Bivalent Oral Poliomyelitis Vaccine Supplemental Immunization Activity (bOPV SIA) in the region.

This is significantly close to the herd immunity threshold of 80%.The bOPV SIA, which ran through May 17 to 31 in the Bicol Region, targeted to reach 370,806 eligible children aged 0-59 months old with the Bivalent Oral Polio Vaccine (bOPV).

The non-selective mass OPV Supplemental Immunization Activity was conducted in selected cities and municipalities in the region to achieve herd immunity against polio.

Regional Medical Coordinator of the National Immunization Program, Dr. Monrey Isaiah Mancilla, expressed his gratitude to the health workers, parents, and those who participated in the activity.

”The bOPV SIA is a follow up to the Measles-Rubella and Oral Polio Vaccine Supplemental Immunization Activity (MR OPV SIA) which was conducted last October to December 2020. The first round was able to reach 88.99% out of the targeted 95% immunization coverage.

Through the bOPV SIA, the excess OPV from last year’s MR OPV SIA was utilized. This reduced the risk of vaccine wastage and provided additional protection against polio.DOH Bicol highlights the importance of vaccination especially for vaccine-preventable diseases such as Polio, Measles, and Rubella. 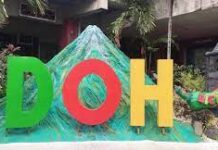 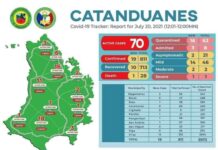 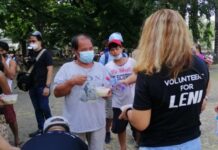