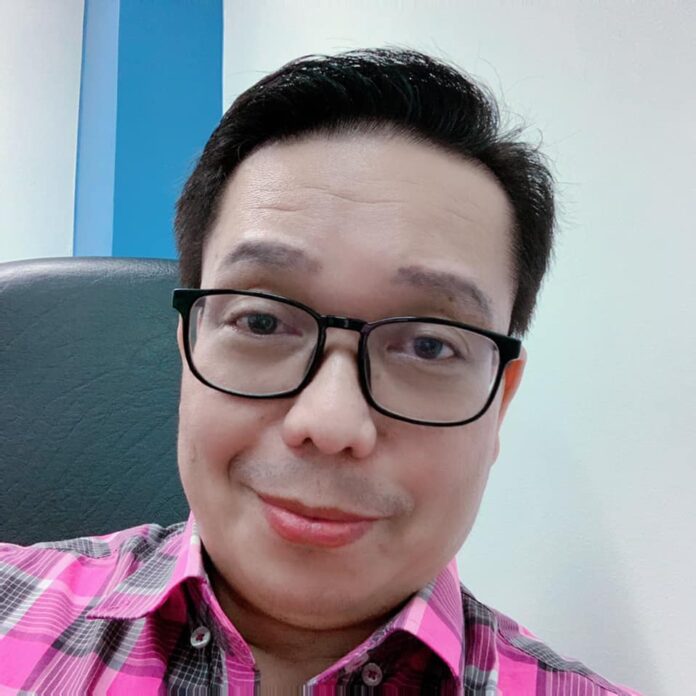 The wait is over. The Catanduanes State University (CatSU) Board of Regents (BOR) elected Dr. Patrick Alain T. Azanza as President during its special meeting on June 24, 2021. Dr. Aldrin A. Darilag, CatSU Board Chairperson and CHED Commissioner, presided the zoom meeting which elected Dr. Azanza in a majority vote cast through secret balloting by BOR members.

Under Sec. 6 of the University’s charter, the Chairperson of the Commission on Higher Education (CHED) serves as the Board’s Chairperson, with the University President as its Vice-Chairperson. Members include the respective Chairpersons of Committees in Education, Arts and Culture (Senate), and the Higher and Technical Education (House of Representatives), Regional Directors of NEDA and DOST, Presidents of federation of faculty association, student councils, and alumni associations in the University, and two prominent citizens from the private sectors who have distinguished themselves in their profession or fields of specialization of the University.

Dr. Azanza will serve a four-year term starting June 25, 2021 and will end on June 24, 2025, or unless reappointed for another term as the University’s charter provides under Sec. 9.

His predecessor, Dr. Freddie T. Bernal, CHED Regional Director in Bicol was Officer-in-Charge of CatSU starting August 1, 2020 until June 24, 2021 upon Dr. Azanza’s election to the presidency.

Dr. Azanza is the institution’s seventh President since its establishment as a College on June 19, 1971 by virtue of RA 6341 authored by the late Catanduanes Congressman Jose M. Alberto. His election this June 2021 coincides with the institution’s 50th year since then.

Meanwhile, Dr. Azanza is also the institution’s second University President since its conversion through RA 10229 authored by then Catanduanes Congressman Cesar V. Sarmiento and later signed into law by President Benigno S. Aquino III on October 19, 2012.

As newly elected President, Dr. Azanza also prides himself of being an alumnus of CatSU. He has gained experience in the academe for more than 25 years; notably, as Chief Academic Officer and later, Chief Operations Officer of the AMA University where he also served as Chairman of the University Conversion Committee, and the ISO-Quality Management System Compliance Committee.

Before his stint in the private sector, Dr. Azanza was Assistant Professor at the University of the Philippines (UP)-Diliman and was the Human Resources Director of the entire UP System. He was a recipient in 1996 of the Lingkod Bayan Award, the highest award given by the Office of the President to outstanding civil servants, and the Distinguished UPLB Alumnus Award.

A the time of his intent to the presidency last February 2021, he serves as President of the Eclaro Academy and Eclaro Business Solutions Inc., a New York-based IT/ Business Process Outsourcing (BPO) company with operations in Asia, Europe and North America.

Dr. Azanza finished his Bachelor of Arts (AB), Master of Arts (MA) and Doctor of Philosophy (PhD) in Education under a straight UP Presidential Scholarship Grant. He holds a Juris Doctor from the UP College of Law as well. He completed his post-doctoral program at Harvard University; Diploma in Human Resource Management at the University of California, and Human Capital Management at the Asian Institute of Management (AIM).

He served as former National Secretary General and Executive Director of the Junior Chamber International (JCI) Philippines, and member of the Grand Lodge of Free and Accepted Masons of the Philippines, as well as the Fraternal Order of Eagles. Dr. Azanza is also an elected Board Member of the Red Cross Quezon City Chapter.

In his bid to the presidency then, Dr. Azanza spoke of the University’s commitment ‘towards a century of academic excellence,” where he envisions CatSU “to become a globally-recognized research university committed to excellent service to the nation.” He noted that great and globally-competitive higher learning institutions have built their endowment funds enough for them to survive for at least a decade without any external support.

“The next University President,” Dr. Azanza said, “must work and plant the University’s endowment seed so that CatSU’s future as an academic and research insitution will be secured.” Along this end, he stated the need to assess and build academic future based on the University’s potentials and strengths, and harness its available resources in order for it to become a world-class academic institution. (CATSU)

PRRD’s Christmas message: Be kind, helpful to others