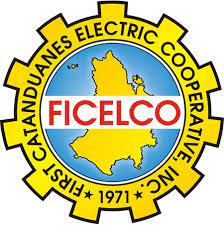 Announced or otherwise, advisories on brownouts means so many things to Ficelco member-consumers.

To households about to cook, eat or sleep, brownouts-intermittent or whatever–means annoyance, discomfort or deprivation of basic needs in this hard and trying times. It means spewing expletives.

Thus, ally or the opposition, member-consumers cannot control their already pent up emotions, howl in protest and thunder and mention the name of a politician who used his name during the midterm May 2019 national and local elections.

Nevertheless, who knows, the visit of Energy Secretary Alfonso Cusi to our province several months ago would mean the realization of said billion-valued submarine cable project.

Truly, both the power distributor and power supplier, respectively, are expected to resolve this intermittent power service with dispatch. Sometimes, power consumers will buy and/or understand the causes/reasons of said Power service but not all the time. The province cannot afford to revert to century of darkness amid this hard and trying times.

In fairness, Ficelco and Suweco are doing their best to address/resolve this problem as soon as possible. Stable and/or sufficient power supply is a crucial component in the socioeconomic development and recovery of the province. With the political season in the air, failure to address this problem successfully would be a political nightmare with irreparable damage so to speak. Salvation to said looming political debacle could be attained with the realization of said submarine cable before the end of PDU30’S term in June 2022.

Sometimes, power consumers will buy and/or understand the causes/reasons of said Power service but not all the time. The province cannot afford to revert to century of darkness amid these hard and trying times.