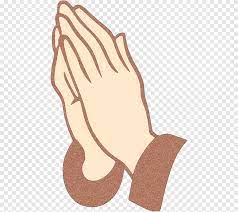 In its editorial “From hard-hit to hopeful” the Philippine Daily Inquirer took note a bleak scenario. The prolonged pandemic has forced many Filipinos out of work, or to accept lower pay, as scores of companies struggle with plummeting sales, recurring lockdowns, and the need to survive the extended economic recession.

The greatest secret for eliminating anxieties and inferiority complex, which is another term for profound self-doubt, is to fill your mind with faith. “Develop tremendous faith in God and that will give you realistic faith in yourself. The acquiring of dynamic faith is accomplished by prayer, by reading the Bible and by practicing its faith techniques. When one prays, according to Norman Vincent Peale, he or she is dealing with the most tremendous power in the world.

A man who worked out his own simple formula for solving his problems through prayer power, are: (1) PRAYERISE, (2) PICTURIZE, (3) ACTUALIZE. By “prayerize” the man meant a daily system of prayer. When a problem arose, he talked it over with God simply and directly in prayer.

Moreover, he conceived of God as being with him in his office, in his home, on the street, in his automobile, always nearby as a partner. He took seriously the Biblical injunction to “praying without ceasing.” He interpreted it as meaning that he should go about every day discussing with God in a natural, normal manner the questions that had to be dealt with. He did not often kneel to offer his prayers but would, for example say to God, “What will I do about this, Lord?” Or “Give me a fresh insight on this, Lord.”

The second point in his formula of creative is to “picturize”. The basic factor in physics is force. The basic factor in psychology is the realizable wish. When either failure or success is picturized it strongly tends to actualize in terms equivalent to the mental image pictured, he added.

“To assure something worthwhile happening, first pray about it and test it according to God’s will; then print a picture of it in your mind as happening, holding the picture firmly in consciousness. Continue to surrender the picture to God’s will–that is to say, put the matter in God’s hands– and follow God’s guidance. Work hard and intelligently, thus doing your part to achieve success,” he explained further.