During the campaign period and especially after May 9, 2022 national and local elections, the word SYNERGY was mentioned by the BAGONG TIMPLA political line up of Re-electionist GOV. JOSEPH “BOBOY” CUA, Re-electionist CONG. HECTOR S. SANCHEZ and VG candidate PETER “BOSS TE” CUA.

On the one hand, Merriam – Webster broadly defines SYNERGISM as “combined action or operation, a mutual advantageous conjunction or compatibility of discrete agencies (such as industrial firms), agents (such as drugs) or conditions such that the total effect is greater than the sum of individual efforts.

With that concept in mind, the Cua brothers vowed to expand the delivery of social services and provide quality health care to less fortunate Catanduanganons. This promise was made following their oathtaking before Regional Trial Court Executive Judge Genie G. Gapas-Agbada at the Convention Center last June 30, 2022 along with the Sangguniang Panlalawigan who also took their oaths before Assistant Provincial Prosecutor Atty. Louie Guerrero.

The re-elected provincial chief executive who broke the jinx hounding the gubernatorial position said with utmost sincerity and sincerity: ” I am confident that our administration will usher a brand of leadership that is familiar but is strengthened by our synergy’ noting that he and Boss Te share the same upbringing as well as the same focus on basic social services.

Governor Cua added , ” they have been always ready to help, conscious of their needs, armed with a good vision for the province and mindful of those who helped them succeed.”
Well-known for their philanthropic efforts in the past, the governor said ” we know and we feel the suffering and the needs the Catanduanganons.”

With their sincerity, he said that

With their hearts and minds focus on what’s good for the island in province, he and his siblings grew up and raised their respective families on the island and established businesses that continue to help bring jobs and boost the local economy while experiencing with the people the dangers brought by calamities “.

A manifestation of servant leadership we badly needed at this point in time, Governor Cua public exhorted that ” public service should be round-the-clock and 24/7″. With leadership synergy in mind, he said their brand of leadership will also put a premium on providing efficient services to the people.

Some of the plans he outlined during the inaugural address include: a) improvement of medical services through the expansion of capacity and upgrading of lab and other medical equipment such as a CT scan with 64 slices for faster diagnosis compared to the 34-sliced one in a private hospital, b) the operation of the 10-unit dialysis center at EBMC in the next two months at a rate cheaper by 50 percent compared to private hospitals, c) creation of jobs through various industries to be lured to economic zones: and d) priority for agriculture and the goal of self-sufficiency in terms of food security.

Gov. Cua likewise paid tribute to former Cong. Hector S. Sanchez who, he said, had done a lot for Catanduanes in just one term, from the bypass roads planned for all 11 towns and the submarine power cable project which is now being pursued by the National Grid Corporation of the Philippines (NGCP)(GREEN ALERT – BUDDY ISORENA). (To be continued). 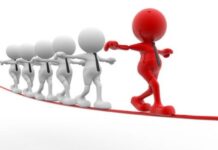 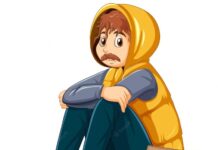 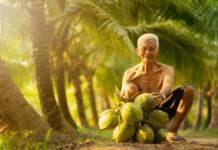