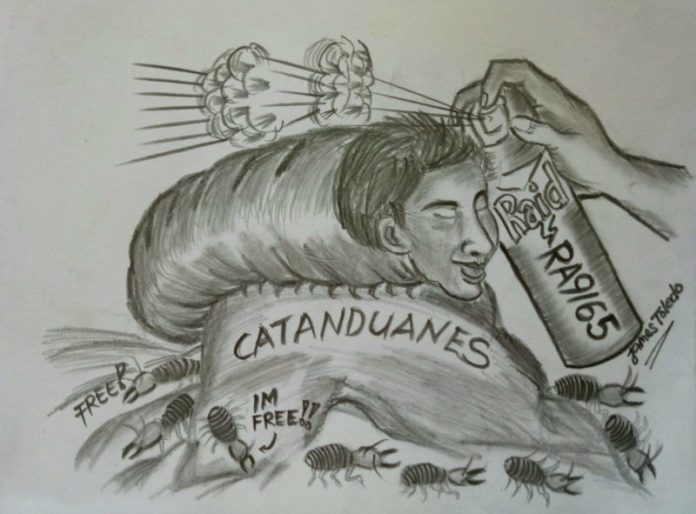 The recent judicial decisions penned by RTC Executive Judge Lelu P. Contreras against some high-value drug personalities in our province should serve as stern warning to those who, in one way or the other, are still engaged in this illegal drug trade. It should serve as a reminder that ‘crime does not pay’ because,  once caught and sentenced by the Court, the suspect-turned- criminal have no place to go but to serve the maximum penalty, aggravating or mitigating circumstances taken into consideration and/or appreciated by the Court.

With this sort-of- landmark decisions handed, as far as gravity is concerned, in consonance with R.A. 9161, otherwise known as ‘Comprehensive Dangerous Drugs Act of 2002,’ we cannot help but express our accolade and doff our hat, once again, to Judge Contreras for the exercise of her mandated function as ‘sentinel of the rule of law’ so enshrined and fully subscribed to by the Integrated Bar of the Philippine (IBP).

It is noteworthy to note that RTC Executive Judge Contreras was our unanimous choice as guest speaker during the challenging, fledgling days of this community newspaper, more than six years ago. We observed how accommodating, articulate and punctual she was during that highly cherished, precious episode at Marem’s Pension House then.

Truly, the ‘The law maybe harsh but it is the law’maxim (Latin: Dura lex, Sed Lex) had been primarily demonstrated by the recent judicial decisions penned against some high- value drug personalities in the province.

We’ll, due process dictates and mandates, that these personalities, proven guilty beyond reasonable doubt, have the right and opportunity to avail of the Court of Appeals review. The review. if we are not mistaken, is automatic.

Some quarters, however, opine that these significant decisions would be more meaningful and strengthen  the rule of law, if and when the mega shabu lab discovery (read: mystery) and the apparently perceived EJK motive which violated the human right of Mr. Larry Que to live must have been resolved with dispatch.

It’s true,  justice delayed is justice denied. However, it would be safe to assume that our constituents in this green and happy island, would not mind even if justice is delayed at this point in time. What is imperative is that these twin cases—mega shabu and Que’s murder— be resolved with dispatch in view of the  fact that it is almost one year now since these serious and tragic events have unfortunately happened in this law-abiding, highly religious, educated and learned constituents.