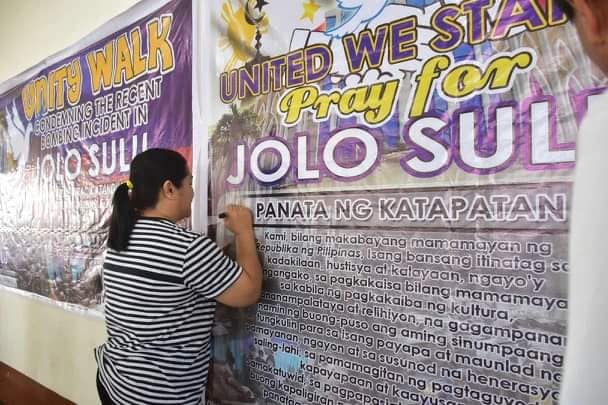 The pre-campaign sorties of the solid group of GOV. JOSEPH ‘Boboy’ CUA, FGOV. ENGR. HECTOR S. SANCHEZ and Acting GOV. Shirley A. Abundo started in Barangay Solong, San Miguel where the Sunwest Electric Corporation (SUWECO) hydro- electric power is based and operating for quite a long time.

Not only that. I would like to consider it coincidental, if not serendipitous: BARANGAY SOLONG was the site of my master’s graduate studies taken at the University of the Philippines at Los Banos, (UPLB), Laguna back in 1988.

My adviser, DR. ZENAIDA SIERRA, went to Catanduanes to observe and have a firsthand information on my study site titled “THE SURVIVAL STRATEGIES OF UPLAND FARMERS AGAINST ENVIRONMENTAL CONDITIONS IN SOLONG, SAN MIGUEL, CATANDUANES.”

The municipal chief executive at that time in San Miguel was Hon. Mayor Francisco delos Santos, again by coincidence, was one of my classmates in the CSC Graduate School in a subject on Financial Management taught by then President Dr. RODOLFO V. ASANZA.

Delos Santos was a secondary school teacher at that time in San Miguel Rural Development High School (SMRDHS), not yet an elective official when we became classmates.

Enough of this POST PRANDIAL REFLECTIONS. The triumvirate, joined later around noontime by Acting Gov. Shirley A. Abundo, went on a house-to-campaign shaking hands with the residents—young and old folks, professionals and people of all walks of life—highlighted by a comprehensive, serious matters amid banters and laughters with the punong barangay leaders, senior citizen leaders and the

After the sumptuous lunch at Councillor Julie Tapanan’s residence in the poblacion, the entourage  proceeded to the nearby barangays of Boton and District III  in the poblacion.

In their down-to-earth, heart- to- heart dialogue with the barangay leaders Gov. Cua and Engr. Hector Sanchez took turns in presenting their plans and the reasons why they need to be elected for the growth and development of the province.  As expected , the beleaguered provincial chief executive went on to narrate the circumstances, the considerable effects on his candidacy and some personalities behind his suspension.