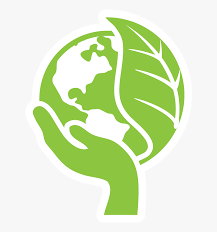 Published on April 7, 1837, “The Emperor’s New Clothes”, written by Hans Christian Andersen, was a story about two weaver’s who promised an emperor a new suit of clothes that they say is invisible to those who are unfit for their positions, stupid or incompetent. They make no clothes at all making everyone believe the clothes are invisible to them.

There came an important event in the kingdom when the emperor paraded  with the invisible clothes. His ranking royal officials and loyal subjects were amazingly in awed silence as the emperor proudly wore his new clothes.

Then came the unexpected innocent thunderous comment from a child: “The emperor has no clothes. He’s naked.” We could only imagined what happened next.

Now, let’s go back to the 21st  century. In his column “PANAGHOY”, Bp. Broderick Pabilo had another version—actually a  true-to-life story of a child.

“GRETA THUNBERG, born on January 3, 2003, suddenly burst into the scene last August 20, 2018, at 15 years old then and the fight to address climate change has taken on new vivacity. She took time off from school to singlehandedly demonstrate outside the Swedish Parliament because she told the politicians in her blunt way: “YOU ARE NOT DOING ENOUGH.”

“Her action was caught by the social media. She protested by sitting outside the Riksdag (Swedish Parliament) every day for three weeks during school hours with the sign SKOLSTREJKORKFORKLIMATET (school strike for the climate). She also handed out leaflets that stated: “I am doing this because you adults are shitting on my future,”Pabilo added.

“By December December 2018, more than 20,000 students had held strikes in at least 270 cities all over the world. From that time on she has spoken to world parliamentarians and business people without sparing her words. She told the British Parliament in London: “YOU LIED TO US. YOU GAVE US FALSE HOPE. YOU TOLD US THAT THE FUTURE WAS SOMETHING TO LOOK FORWARD TO.”

Bp. Pabilo continued: “People are now talking of the Greta Thunberg Effect. The movement is snowballing. People are taking drastic steps. When your house is burning you cannot just standby and reason out. You have to act. And that is what people are doing now. Last September 20 the 2019 climate strikes, also known as the Global Week for Future, took place. It was a series of international strikes and protests to demand action to address climate change.”

“The protests are taking place across 4500 locations in 150 countries. It is a continuing strike till September 27. More than 4 million people have participated in the said strikes. Adults are now joining the children in the Climate Strikes. These events are part of the school strike for climate movement, inspired by Thunberg,” he added.

Is there death of labor in the country today?