This early in the Year of the Metal Rat—2020—the people’s sense of hope and optimism expected every new year has been spoiled by several unexpected serious man-made and nature-induced calamities.

Be that as it may, let’s start with the positive ones. With Luis Antonio Cardinal Tagle’s appointment by Pope Francis to a key Vatican office in charge of spreading the Catholic faith, he might have to step down as the Archbishop of Manila and leave the Philippines to take office in Rome. A church official said clerics appointed to Tagle’s new post as the Prefect of the Congregation for the Evangelization of Peoples, previously known as the Congregation for the Propagation of the Faith or Propaganda Fide, always stayed in Rome “to advise the pope.”

As prefect of the Propaganda Fide, he is also dubbed as the “Red Pope”, an allusion to a cardinal’s red cap and his almost absolute authority over mission territories for Catholicism. The cardinal’s fellow pastors welcomed Tagle’s appointment saying that that having a Filipino cardinal in the Vatican was an “immense” blessing.

The SEA Games king—Philippines—was back and steamed home with gold, silver and bronze rushes to clinch the championship, as host, in the 30th edition of the biennial meet held from November 30-December 11, 2019.  We faced several hiccups in the beginning,– the P50million-cauldron is one–, but when everyone finally came together and worked with one another, things were addressed and fixed one by one. And now we raked in the gold, silver and bronze medals—and clinched the crown for the second time.

Inspite of the controversies hounding it, Pogos remain major driver of PH property market. Owing to the growth of BPOs, local industries likewise exhibited increased demand for office with flexible work spaces, real estate developers and banking institutions accounting for 25 percent of demand or 336,000 sq. m in Metro Manila and 22 percent for the country.

Let’s count the negative ones. After the dengue fever came the HIV and polio emergence. The African Swine Fever (ASF) derailed the piggery and meat processing industries’ economic gains and livelihood during the Yuletide and New Year’s celebrations.  The more or less 21  destructive typhoons with Tisoy and Ursula as the last teaser-wreakers left persons, animals and properties in the tune of billions of pesos.

US Pres. Donald Trump spoiled the New Year’s aura and expectations of hope and optimism. Iranian Gen. Qassem Soleimani’s death in the drone-initiated US strike in Baghdad generated a lot of anger, anxiety, confusion and possible shooting war in the war-torn Middle East. The whole world is once again in the tipping point of a shooting with the emergence of Iran-Turkey-Russia Axis.

The Philippines halted the deployment of all workers to Kuwait after the brutal killing of 26-year old Filipino domestic helper Jeanelyn Villavende. The Philippine Overseas Employment Administration (POEA) approved the total ban deployment ban upon the recommendation of Labor Seccretary Silvestre Bello III. The Department of Foreign Affairs (DFA) has commissioned  a top-notch criminal lawyer in Kuwait to pursue the case against the employers of Villavende.

The Department of the Interior and Local Government (DILG) has ordered the mandatory evacuation of residents of two cities and 12 municipalities in Batangas as a potentially massive and dangerous eruption in Taal Volcano looms.

Red hot lava gushed out of Taal Volcano on January 13, 2020, Monday, after a sudden eruption of ash and steam that forced the evacuation of Villagers and shut down Manila’s banks, schools and Ninoy Aquino International Airport on January 13, 2020.

Be that as it may, let’s hope and pray that these man-made and nature-induced calamities will stop sooner than expected. May our  people clothed/endowed with utmost perseverance, resilience and tenacity to cope with these calamities obtaining in our country and the whole world in general. 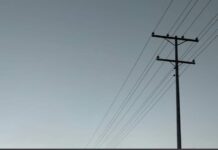 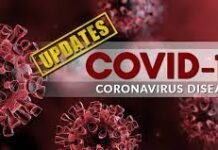 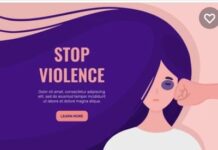