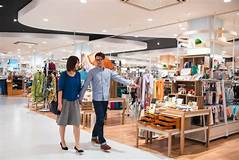 For the first time and sooner than expected, the Liberty Commercial Center (LCC) will open its branch in the province and guess where? Virac? Nyet. Pandan, yes!

The location of new business hub is right smack in the poblacion specifically in Pandan del Norte (formerly called Ilawod) at the center in between Pandan Beach Resort and the town plaza with the famous statue of former Senate President Jose O. Vera constructed under the proactive leadership of then Pandan Mayor and former Vice Governor Teofisto I. Verceles.

Sort of post-prandial reflections, allow me at this point in time to pay belated homage and tribute to the late Mayor Teofisto, who like other political leaders, both in the national and local levels,   as the energetic younger of brother of the late Ambassador and former Gov. Leandro I. Verceles Sr. answered the call of heaven and recently travelled to the Great Beyond without experiencing the plethora of inconveniencies and devastation still going on, no thanks, to covid-19 pandemic.

During his heydays and popularity as Mayor of Pandan, “Pato or Pisto” as he is fondly called by colleagues and acquaintances, he brought the Recom 5 Band in honor of St. Ignatius of Loyola twice in a row every July 30-31if memory serves me right. Through persuasive leadership his invitation to serve as special guest was honored by former Sen. Rodolfo Biazon.

This  leadership savvy is being continued now this time by Mayor  Olog with its drawing board plan geared towards the socio-economic development of the Pandan, with its panoramic spots featured by the development of Hiyop Point as promising tourism hub.

Henceforth, it is a gain for this 4th class northwestern municipality under the forward-looking indefatigable efforts of incumbent municipal chief executive—Mayor Honesto “Olog” C. Tabligan II in convincing the LCC group of companies in putting up a multi-million 3-4 floor-story commercial establishment. Reliable source reported that the owner of the huge property has already accepted the terms and conditions, partial payment or full payment aside from the Php 150,000 for relocation expenses of the lot owner owned by the Alcantaras.

I personally knew this because I was born and resided in Pandan del Norte (subsuban) near that highly-priced location for commercial operation by LCC.

Of course this is still a loss to the capital town of Virac , notwithstanding the presence of Center Mall owned by the provincial government and the Virac Yown Center (VTC) owned and managed by the Cua-group of companies.  That commercial establishment  in Pandan would be complemeneted by the presence of a franachised gasoline station owned and managed by Manuel Noceda. Surely, that establishment would pave the way for the emergence of hotels or inns for business and tourism-related business. The nearby barangays and poblacion of Caramoran and even the barangays and poblacion residents of the municipality of Bagamanoc would be transacting business in view of the completed circumferential road initiated by Ambassador and Gov. Leandro I. Verceles Sr. by virtue of his connection in the European when he was still a Filipino ranking senior official in the United Nations.

This feat, a source of economic opportunities for business and employment was made possible through the persuasive and marketing savvy of Mayor Honesto “Olog” Tabligan II. A certified public accountant (CPA) by profession and political leader by choice.

When rendered operational within 6 months or 1 year this commercial establishment on top of other projects or programs of Yorme Olog would hopefully lead to a faster recovery of the people in Pandan nearby municipalities of Caramoran and Bagamanoc. 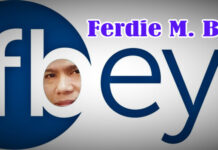