During the regular session of the Sangguniang Panlalawigan couple of weeks ago Provincial Board Member (PBM) Santos V. Zafe (West District) delivered a privileged a speech in his capacity as chairman of the Committee on Health. His privileged speech was serious and need immediate action by the Eastern Bicol Medical Center (EBMC) management and the provincial government.

PBM Zafe revealed and deplored the absence or unavailability of the services of an anaestheioslogist so indispensable during birth delivery and major operations in the EBMC.  Zafe’s move was an offshoot of the information provided by his friend from Palta whose wife was then due for delivery last July 8 but was advised by EBMC ER personnel to avail of the services of a private instead since the EBMC’s anesthesiologist was on leave due to illness.

The issue is the fact that the expecting mother will undergo caesarian operation for the third time. Left with no other option to take the financially apprehensive couple went to the Catanduanes Doctor’s Hospital ,Inc.  (CDHI) which eventually charged them higher in the tune of P 30,000.

Not that only. The mother and child were not released from confinement without first paying in full the charges incurred which is a clear violation of law against patients non-release due to unsettled balance.

Taking the cudgel on behalf of this hapless denial of services with its collateral damage in terms of anxieties, financial crunch and inconveniencies to this patient and her family and other patients that may suffer the same predicament, PBM Zafe invited the chief of hospital and administrator to discuss  the immediate solution to this problem besetting the “economic enterprise” hospital.

In an interview by government radion station—Radyo Pilipinas, the other week EBMC Chief of Hospital Dr. Vietrez D. Abella said they have already coordinated this matter with DOH Region 5 Office. Accordingly, since last year their EBMCs recruitment of anesthesiologist, there were no takers, Dr. Abella added. The consoling factor Dr. Abella revealed was that they’re waiting for the result of would be board passer- anesthesiologist this coming August and the return of three EBMC doctors undergoing training in Manila.

Since health is wealth and  health or wellness the EBMC management headed by Dr. Abella is expected to double time in addressing this problem by recruiting at least another anesthesiologist in case of the absence or unavailability of this services during major operations not only on maternal delivery.

Apparently, there is a need to forge an on call  services to be provided by the three major PhilHealth-accredited  health providers through a memorandum of understanding (MOU) between the EBMC , CDHI and the Immaculate Heart of Mary Hospital, Inc. (IHMHI) for efficient, fast and immediate response  and availability of anesthesiologist in the province.

Let’s hope and pray that this problem would be given solution as soon as possible as we focus on covid-19 scourge engulfing the whole world with impunity. 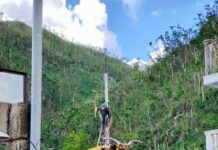 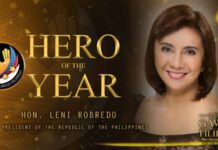 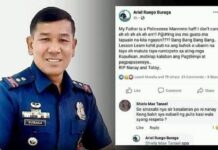