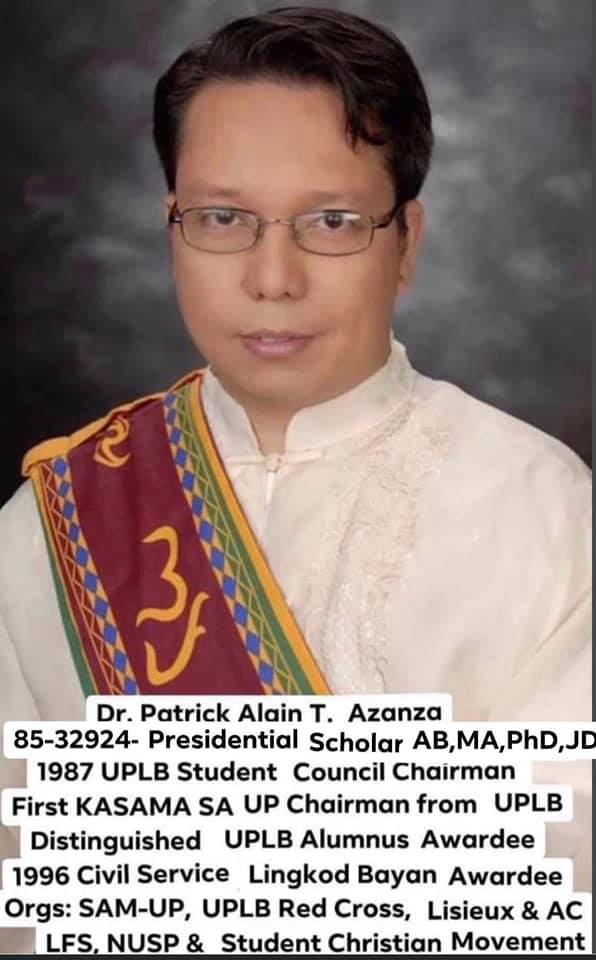 Finally, after almost a year of waiting while OIC President Dr. Freddie T. Bernal, CHED5 Regional Director, CESO III, stirred the premier institution of learning in the province, the newly minted second president—Dr. Patrick Alain T. Azanza was sworn into office after he got the nod of 8 BORs on June 24, 2021 via virtual meeting.

An outsider, the youthful (41)  Dr. Arcena’s fate was doomed from the beginning. He was, by fate, a victim of hometown decision, which more often than not, happens not only in the boxing world but in some fields where the best among the competittors are chosen or anointed.

Interestingly, that trend was duplicated in the academe in our province with the anointment of Dr. Patrick Alain T. Azanza, son of former CSC President Rodolfo V. Azanza, as the second president of the Catanduanes State University (CatSU).

As of writing, Dr. Azanza is reportedly in Metro Manila to attend a board meeting vis-à-vis turnover ceremony of OIC President Freddie T. Bernal. That turnover ceremony completes the official formal process when the young Azanza sibling was immediately sworn into office right after that fateful encounter with destiny last June 24, 2021.

According to Dr. Azanza, he put forth his destiny with the Almighty God and the rest come into place, right perspective, and conclusion.

When the University celebrates its 9th Foundation Anniversary Celebration on October 19, 2021, he would have put in place “first things first” matters in 100-day calendar like what politically-elected-sworn-in-office leaders do as tradition.

The leader-manager indicators in him would be observed in that initial 100 days baptism of fire, which is not probably new to him, equipped as he is with valuable correct experiences and exposure in the national and international level. Congrats and good luck CatSU president Dr. Patrick Alain T. Azanza.

“It was a lucky shot,” the new Korean coach Cho Sang-hyun said when asked about the defeat.  In that game Gilas Pilipinas-youth laiden squad pipped the South Korean powerhouse  on SJ Belangel’s buzzer-beater from the beyond the arc last June  16 (Wednesday) in a Fiba Asia Cup Qualifiers (ACQ).

Tab Baldwin, the American GP coach heard about that and quipped: “[F]rankly, I think that’s pretty rich for a coach to walk off…a game in which you lose the game and to claim that it was good luck on the part of your opponent.”

The Gilas Pilipinas head coach said after Gilas Pilipinas kept its ACQ slate clean with a 76-51 victory over Indonesia on June 18 (Friday). “So, we will make sure that that is highlighted and I’m sure that will give our players a little bit of [an] incentive.”

And with that as backgrounder on the final encounter, Baldwin quipped: “I don’t expect that we will be going out there to make friends on June 20 (Sunday). “Of course, Baldwin could merely be slight-hunting; he may be looking for buttons to push so his young squad pursues further education and doesn’t waste an opportunity to go into Sunday’s match against Korea swinging. After all, while the game is meaningless in the ACQ scheme of things, it does provide the national program with a legitimate game to continue measuring its progress—and finetuning its weaknesses,“ wrote Dalupang.

In fact, Baldwin had called the celebration over the Philippines’ victory over a country that has dealt its most painful defeats “a bit premature.” Wednesday’s triumph after all, understandably so, was just one of the many matches for his young wards in the long and winding trek that leads to Gilas Pilipinas homestand in the 2023 World Cup.

With the back-to-back wins of Gilas Pilipinas, the “Korean Curse” was finally broken and defeated with that 82-77 win of Baldwin’s youth-laiden squad. What Filipino basketball wants to see is the reported plan of possible tune-up games with powerhouse Chinese Team as a forerunner or indicator of things to come in the future. 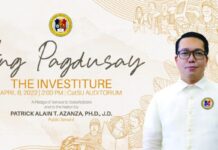 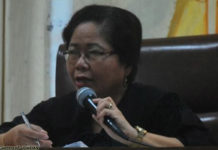 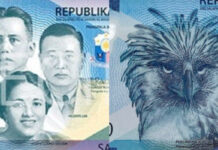