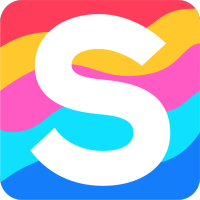 The print and broadcast media have witnessed and reported breaking news of national and international important developments as chronicler of events. For example, no one would have ever expect, predict or thought these plethora of surprises would 2016 would turn out to be.

Not even the seasoned political, social, financial analysts could foresee nor direct the events that transpired in 2016. Indeed, 2016 was a surprising year as evidenced by the following: 1. President Rodrigo Roa Duterte. The Philippine presidency was a huge surprise.

In January 2016, no one saw it coming. No planned for it, not even PDU30 himself. No amount of advanced planning by Vice President Jejomar Binay Sr. Senator Grace Poe, Sec. Manuel “Mar” Roxas II and even the late Sen. Mirriam Defensor Santiago prevented the surprise outcome of the election.

In one year, amid Covid-19 pandemic, controversies, higher rating approval and achievements, the tirade-mouthing president from Davao City is about to finish his 6-year tenure assuming some unexpected political maneuverings do not hinder the presidential/national local elections in May 2022. Mind you, the president is contemplating to run for the vice presidency; 2. President-elect Donald Trump.

Who in the world can predict that Mr. Donald Trump will win the US Presidential Elections. All the media surveys were against him and in favor of Secretary Hillary Clinton.

And the rest became history. He eventually lost to Democrat candidate Joe Biden; 3. Brexit. Who would have thought that in early 2016 that the United Kingdom (UK) will vote to exit the European Union.

Until the last referendum week, the NO vote was still ahead in the surveys. The exit shocked the world creating ripples in the world’s Central Banks and financial institutions. Amid Covid-19 pandemic though, correct me if I’m wrong, Brexit have yet to be officially done; 4. Rise of the ISIS. No one predicted the rise of the ISIS in the Middle East.

A reign of terror that caused unprecedented humanitarian crisis and deluge of refugees into Europe. A reign of terror that tried to establish a stronghold in Southeast Asian countries including those in Mindanao particularly in Marawi City which have yet to recover due man-made and nature- induced calamities or catastrophes; 5. Marijuana legalized in California.

Californians could smoke marijuana–legally; 6. In the Philippines, thousands had been killed in the administrations drive on anti-drug war.