The report of the Commission on Audit (COA) was revealing and serious. The constitutionally-mandated watchdog of government funds, said the Department of Health’s P11.8 billion allotment from the Bayanihan 1 and 2 laws and foreign loans were unobligated as of end last year.

Other issues raised by COA include lapses in the grant of various Covid-19 allowances worth P814 million, the handling of P98 million in cash advances and petty cash, and incomplete supporting documents for 11.6 million worth of death and sickness compensation. Accordingly, meager pay and exhaustion triggered nurses’ mass resignation in private hospitals.

Benjie Foscablo, 29, secretary of Nurses’ Union at St. Luke’s Medical Center, said more nurses are leaving and very few are hired to replace them. Yet patients keep coming in.

As a result, Foscablo added, nurses were stretched to work 14 to 16 hours, longer than the 12-hour shift, and were often called in during their days off.

What about in private hospitals in Catanduanes? Do they experience similar problems? How about the plight of nurses and allied health care providers in government-owned hospitals?

Good news because our medical frontliners in the province experience the other way around. According to Dr. Robert Aquino already received their SRA as promised contrary to the complaints from other region.

Let’s hope and pray that to these DOH fund issues be resolved as soon as possible now that Congress had initiated an inquiry and invited Health Secretary Francisco Duque to shed light on these issues hounding DOH. 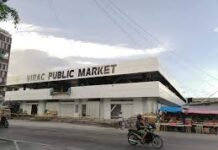 Is there a need to reduce monthly rental payment at Virac Public Market?