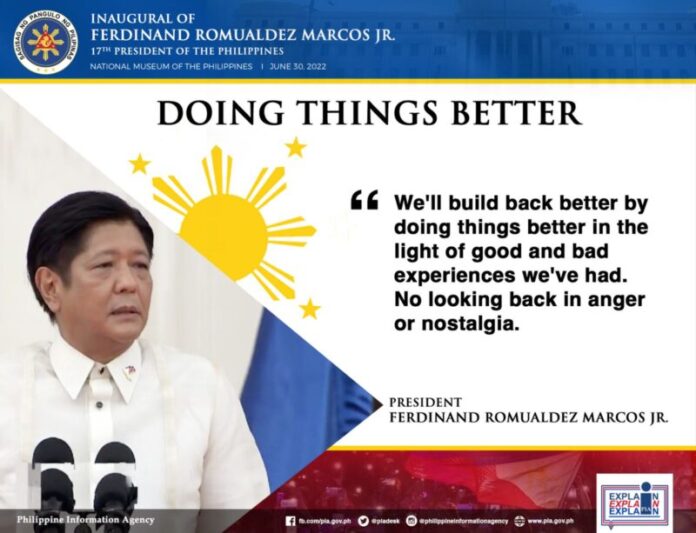 In his inaugural message delivered after his oathtaking as the 17th President of the Philippines, PBBM laid his priorities on these three basic needs, namely–education, livelihood and food. Reasons are compelling and imperative. Education as a great equalizer have been tremendously affected by the more than two years of covid-19 pandemic lockdowns, aggravated by devastations wrought by strong typhoons, earthquakes, volcano eruption and other afflictions. Educational experts averred that pupils/ students and teacher’s productivity reached 40 percent. Hence, the proposal of the incoming educational leadership to focus on literacy and numeracy starting from kindergarten, elementary and secondary levels.

Closure or retrenchment of big and SMES business led to higher unemployment rate. Loss of unemployment led to miseries notwithstanding the Bayanihan 1 and 2 assistance measures.

In addressing food security as a vital component, PBBM said earlier he is leading ‘ at least for now to emphasize that his administration will put on agriculture, and ‘as a practical matter so that things will move quickly’ in the sector. At a press briefing last June 20 he said he decided to take on the portfolio of secretary of agriculture, at least for now and at least until he can reorganize the Department of Agriculture ( DA) in a way that will make it ready for the next years to come.

Earlier, PBBM said that as agriculture secretary he would try to increase food production and ” hopefully counteract some of the increases in prices’. Marcos said he had to restructure the department to make it more responsive to the local situation now when it comes to food supply. As a welcome development, industry stakeholders lauded the president’s decision to head the DA in the early part of his term.

He will succeed William Dar, who headed the agency for three years. “We will submit and support the decision of the president” Dar said in a text message.

For various agricultural groups, this is a welcome development the sector needs as its growth has been severely hit by the pandemic, the African swine fever (ASF) and several typhoons.

Jayson Cainglet. Sinag executive director, said that they believe only the President can jumpstart the gargantuan task of rehabilitating local agriculture from the carnage created by those at the helm of the DA these past few years.

Presidential Adviser for Entrepreneurship and Go.Negosyo founder Joey Concepción said this would be a chance for the president to help both farmers and micro, small and medium enterprises that are part of the vital sector.

PBBM’s father and namesake, Ferdinand Marcos Sr., had initiated various agricultural programs during his time, including the Masagana 99 and the Food Terminal Inc. and the Kadiwa stores, which Concepción said the younger Marcos could revisit and revive to the benefit the entire sector. 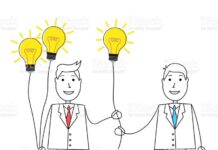