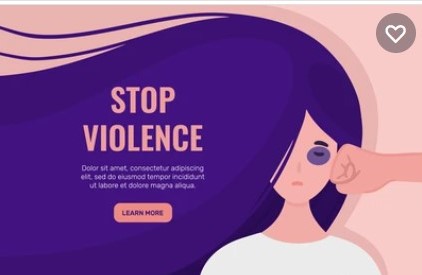 Just like other provinces in the Bicol Region and, in fact, nationwide, the island province of Catanduanes is excruciatingly reeling from man-made and nature-induced calamities or catastrophes.

Some were highly controversial and mind-boggling like the mystery behind the partially unsolved discovery of that L-shaped mega shabu laboratory in Palta Small, Virac, Catanduanes, unsolved murders committed by riding-in-tandem personalities, covid-19 pandemic, ASF infestation, ST Rolly and the like.

Recently, who would expect that the lives of two innocent daughters was nipped-in-the-bud by a bad father of family in the month when FATHER’s DAY is observed worldwide. Only a crazy mind under the influence of liquor, gambler, and former Tokhang surrenderer would do with impunity.

The only consolation was that justice was served before the innocent daughter-victims were laid to their eternal rest at Himlayan San Lorenzo more or less two weeks ago. Kudoz to the inquest proceedings filed within the reglamentary period by Baras MPS COP Barliz  and the immediate dispensing of justice by RTC Judge Jenny Gapas-Agbada of Branch No.42.

Fortunately, while the provincial and municipal leaderships and health authorities are doing their best to contain the alarming surge of positive cases in Catanduanes, a pornographic- cybercrime was unearthed by joint operatives of San Andres MPS and Provincial Cyber Crime Response Team @ 1:00 A.M. on June 15, 2021.

The former Manila-based,22-year old, male, single resident suspect from Barangay Palawig, San Andres, Catanduanes,  fall to entrapment operations launched by the operatives in response to a complaint made by an 18-year old, Grade 11 student,  who personally went  to San Andres MPS to report the blackmailing modus operandi of her alleged former boyfriend.

Simply known as Jess, the suspect was caught in the act taking a video of the dancing hapless naked  victim whose pornographic videos are provided to online foreign customers. Confiscated in the suspect’s possession are two (2) cell phones, various SIM cards, dancing or disco lights and other materials.

Serendipitously or otherwise, in search of other electronic gadgets, the operatives’ search yielded allegedly one (1) sachet of marijuana and seven (7) sachets of shabu or methamphetamine hydrochloride.

May these laws serve as deterrence, hard lesson and reminder that, indeed, crime does or doesn’t pay. That the law may be harsh, but it is law. (Dura lex, sed lex). No more, no less.