I WENT over the video again. President Rodrigo Roa Duterte aka Digong didn’t say the European Union ambassadors should leave the country within 24 hours, as reported by the mainstream media.

What he actually implied was that once any EU ambassador interferes in our domestic affairs again, s/he would be told to leave within 24 hours.

I submit that should apply to all foreign envoys in the country as well.

One thing Digong categorically and in unmistakable terms did say was that if he gets killed, “America na ‘yan, CIA na ‘yan.”

(NOTE: CIA stands for Central Intelligence Agency that reportedly has its largest outpost in this region in the Philippines.)

“‘Yan CIA stop fucking. One day, I will just drive you away. It’s either they or your cahoots here will have to kill me or you have to get out of my country. Choose. Basta ako sabihin ko sa Pilipino, ‘pag namatay ako, America na ‘yan. CIA na ‘yan,” he said.

He was referring to the reported clandestine moves by allegedly US-supported sinister groups, specifically citing news site Rappler as being CIA-funded, to take him out to prevent his pivot to US rivals China and Russia.

The CIA, of course, has in the past been suspected of having been involved in the assassination of national leaders around the world, including the late US President John F. Kennedy.

At this point, Digong ought to be reminded that he himself has said our military is pro-US. He should perhaps always bear that in mind.

I’d like to take this occasion to tell our readers my take on why the US is behaving the way she is towards Digong.

For the first time since the Republic was born in 1946, we have a president who is truly nationalistic. He wants to cut the umbilical cord that has made us dependent on the US. Nationalism in other countries is anathema to the US, especially in those with whom she has “special” relations like us. Her track record in stifling nationalism in Latin American countries is also common knowledge – Cuba, Chile, Venezuela, Bolivia, among others.

Unfortunately for us, we have had presidents who were subservient to the US, thus hindering our development as an independent nation. They also allowed the US to trample upon our national sovereignty and territorial integrity that made us lose the respect of the international community.

As Digong has always been saying, the US is our friend. But that is not how she regards us. She has always regarded us as her vassals.

Why? Because we always depended on her. That has to stop.

But the US would hear none of it. That is why she wants Digong out.

So… how do we stop being dependent on the US? As Digong has done, we explore new avenues of cooperation with other countries, particularly those big political, economic and military powers such as China, Japan, Russia and South Korea.

Can anyone deny that Digong’s approach has paid off?

We all have heard of the saying “a friend in need is a friend indeed”. Recent events have again shown that the US does not believe in it.

For instance, our security forces were in dire need of modern weaponry, ammunition and other military wherewithal to fight the terrorists in Marawi.

So, what happened? The US withheld delivery of 27,000 rifles that had been previously ordered because she doesn’t like our campaign against illegal drugs because of alleged human rights violations.

On the other hand, China and Russia donated, repeat, donated what we needed badly.

China delivered a total of 6,000 new rifles, millions of rounds of ammunition and 90 sniper scopes. And lately, a huge shipment of heavy equipment also donated by her for use in the rehabilitation of Marawi has arrived.

Last week, Digong revealed that Russia has likewise decided to donate 5,000 Kalashnikov rifles, 1 million rounds of ammunition and 20 military trucks that are supposed to be delivered later this month.

Earlier, Japan and South Korea also reportedly donated hardware for the use of our security forces.

Cynics have asked about these donations: “In exchange for what?”

I agree, altruism does not normally define relations between nations. But I think these donor countries are not so stupid as to even hint at this time they want something in return.

And, more importantly, I think Digong’s reaction to such an overture would be: “You can keep them. We will just try to cope with what we have…” Preceded or followed by expletives?

Senator Franklin Drilon, the epitome of Mr. Pork Barrel himself, is against the impeachment of Comelec Chairman Andres Bautista. He said it would delay important legislation.

And the vaudevillian hearings do not? Please…!

Some people say that Drilon, other senators and some congressmen do not really want to take the risk of Bautista being grilled about the alleged rigging of the last election.

But that is precisely the reason people want the impeachment of Bautista to proceed. Many suspect that their will was thwarted during that election.

QUESTION: Why do the “Yellows” now seem to prefer white shirts?

ANSWER: Because they finally realized that “yellow” is slang for “cowardly”.

Today is the 166th day of the eleventh year of the enforced disappearance of Jonas Burgos, son of the late press icon and founder of this newspaper.

Ten years and 166 days is a long time! That is how long the mother, the wife, the children of Jonas Burgos have been suffering and undergoing excruciating pain.

Jonas was abducted by elements of the military ten years ago. He was never seen again.

Last week, the only person charged with arbitrary detention for his enforced disappearance, Maj. Harry Baliaga, Jr., was acquitted by Judge Alfonso Ruiz 2nd of Branch 216 of the Quezon City Regional Trial Court. He said the evidence presented against Baliaga was based on “hearsay” as the prosecution did not present witnesses who could directly identify Baliaga as the abductor of Jonas.

What else can Jonas’ kin do now except perhaps to pray that one day the person/s responsible for his disappearance would become conscience-stricken and confess to the crime. Miracles do happen.

Nearing the end of a hard life, old Ed was surrounded by his loved ones. As he sensed his final moment was approaching, he gathered all his strength and whispered: “I must tell you my greatest secret.”

His family members were all ears, and urged him to go on.

“Before I got married, I had it all,” explained Ed. “Fast cars, cute girls, and plenty of money. But a good friend warned me….‘Get married and start a family. Otherwise, no-one will be there to give you a glass of water to drink when you’re on your deathbed.’”

“So I took his advice. I traded the girls for a wife, beer for baby food. I sold my Ferrari and invested in college funds. And now here we are… And you know what?”

“What?” whispered the fascinated members of his family. 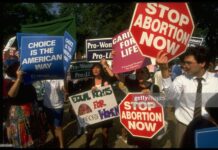 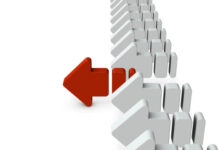 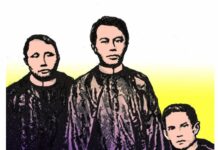