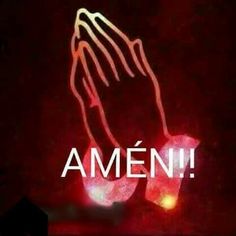 Barely three days from now the aging “Year of the Pig” (YOP) would have a good or bad exit worldwide depending on what side of destiny or fate a particular country and its citizens, like ours, have had in their existence in a span of 365 days in God’s Good Earth.

In the Catholic Christian World two significant events unfolded. Firstly,Pope Francis celebrated the Simbang Gabi Christmas novena at St. Peter’s Bsilica—the first time a pope presided over the Filipino tradition in Vatican City. The Supreme Pontiff acknowledged the role of Filipinos, especially its migrant workers, in the growth of the Catholic Church, according to online reports.

In impromptu remarks translated from Italian by an interpreter at the end of the Simbang Gabi or night mass at Saint Peter’s Basilica on Sunday, December 15, at the Vatican, Pope Francis exhorted Filipinos to “continue to be smugglers of the faith.” He was alluding to how overseas Filipinos “smuggle” their faith even to places where it is dangerous to practice Catholic traditions, such as the Middle East.

Pope Francis reportedly thanked the Filipino migrants, to this devotion which has crossed national borders and has arrived in many other countries.”He also stressed that the individuals who had left their homes in search for a better future “have special mission.”

Secondly, Manila Archbishop Luis Antonio Cardinal Tagle was recently appointed by Pope Francis as the Prefect of the Congregation for Evangelization of People.

In a video message on his fb page, Cardinal Tagle acknowledged the “beautiful tradition of giving and receiving gifts at Christmas, even as he reminded Catholics that these are just material things that symbolize the greatest gift of Jesus Christ. With high sense of conviction and clarity, Cardinal Tagle reminded that the “gifts we give and receive are symbols and signs of the greatest gift that God the father has sent us, his son Jesus.”

And so, let’s hope and pray for a better, happy and prosperous new year in the year 2020 which has a positive connoation. The normal good vision is 2020 right? Brimming with optimism let’s welcome the Year of the Metal Rat with positive note. Let’s hope and support that a new form of government being pushed through by the present dispensation will lead towards inclusive socio-economic and political development and growth.

Let’s hope and pray that the national leadership led by PDU30 would be more circumspect, determined and successful towards the inevitable shift from presidential to federal form where the battlecry or mantra is egalitarian federalism. The Filipinos deserve a good government run by corrupt-free, God-loving, pro-environment people, pro-environment, and well-meaning visionary leaderships in the likes of Duterte and Misuari. A new form of government and leadership is imperative now at this point in time in the Philippines.

Under state of state of euphoria as virtual host-champion in the 30th Southeast East Asain games from Nov. 30-December 11, 2019, we are in the crucial period for change for the better in the Year of the Rat Metal. We should not squander that opportunity to show to the wide, wired, wild that we—Filipinos– got what it takes to play an proactive role in the community of independent, economically progressing nations in southeast Asia and the whole world in general.