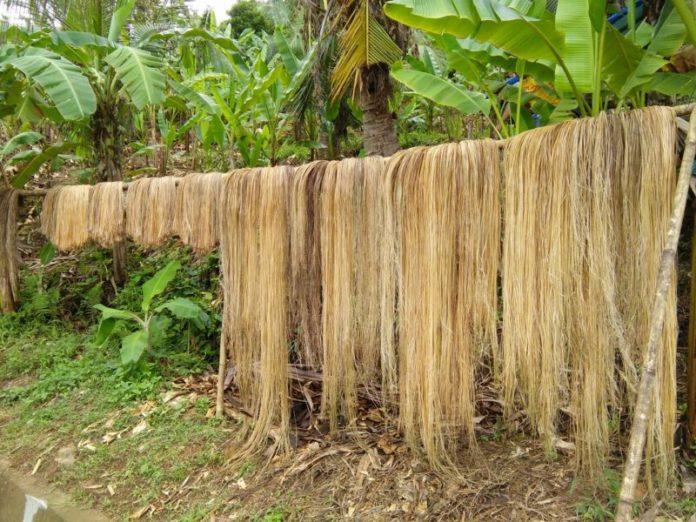 In the not-so-distant future, two landmark bills pending in the 18th Congress would officially elevate the province of Catanduanes not only in the Philippines but the international community in general. With bated breath, this crusading community newspaper joins our fellow Catandunganons in awaiting the approval of these legislative measures meant to improve the socio-economic conditions of our lowly abaca farmers and the local economy in general.

Last year, TGP Partylist Representative  Jose J. Teves Jr., Vice Chairman, Committee on Agriculture and Food, filed House Bill No. 6149 declaring the province of Catanduanes as the “Abaca Capital of the Philippines.” He took the cudgel in view of the aborted House Bill filed by then graduating solon Cesar V. Sarmiento which was overrun by the May 13, 2019 national and local elections.

On the same vein, Senator Cynthia A. Villar, Chairperson, Senate Committee on Agriculture and Food, filed Senate Bill No. 1748 declaring our province as the “Abaca Capital of the Philippines.” The senator’s bill seeks to promote and support the abaca industry of the province, while safeguarding it from the destruction of plant diseases and calamitous events.

Significantly, the solon said: “It is proper and apt that we officially name Catanduanes as the “Abacaof the Philippines””. aaabaca cattthehababathe   abacac

abaca capital of our country because it really is ever since. Once passed, the bill will also provide the province with additional

“Abaca Capital of the Philippines.” Once passed, the bill will also provide the province with additional government support and allocation. The will help them to grow and develop the abaca industry to benefit the farmers and all the people who depend on it for livelihood.”

Let’s hope and pray that these two landmark legislation sponsored by TGP Partylist Rep. Teves, Jr. and Senator Villar would be passed into law as soon as possible.

While waiting for its approval, Rep. Teves Jr. promised to follow-up of the P121-M (reportedly increased to P129-M) rehabilitation abaca fund promised by DA Secretary William Dar and Sen. Christopher “Bong” who visited the province after it was ravaged by super howler Rolly particularly in the municipalities of Baras, Bato, Gigmoto, San Andres, San Miguel and Virac.

Pinoys: Smugglers of the Faith